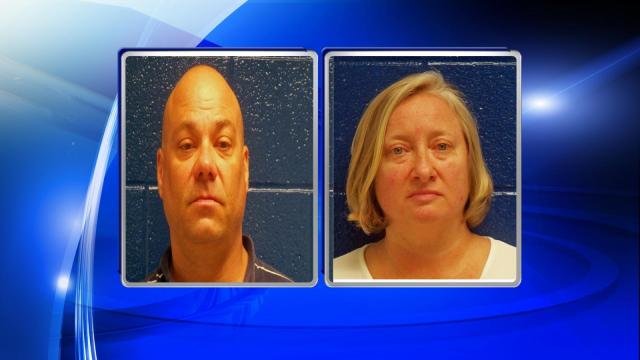 Rocky Mount, N.C. — A Nash County man and woman were arrested August 24 after marijuana with a street value of more than $175,000 was seized from their home.

According to the Nash County Sheriff’s Office, a search of a home on Green Hills Road in Rocky Mount led to the discovery of a sophisticated marijuana growing operation.

A total of 72 plants ranging in size from 5-feet to 6-feet tall were found in the basement of the home. Numerous paraphernalia items used to assist in the cultivation of the plants and bags of marijuana that were packaged for sale were also found.

In addition to the drugs, detectives also seized $1,802 in cash.

Mark Blaylock, 44, was arrested and charged with possession with intent to manufacture marijuana, sell, and deliver marijuana, manufacturing marijuana, maintaining a dwelling for the keeping and storage of a controlled substance, and possession of drug paraphernalia.

Sharon Keel Batchelor, 46, was also arrested and charged with possession with intent to manufacture, sell, and deliver marijuana and manufacturing marijuana.