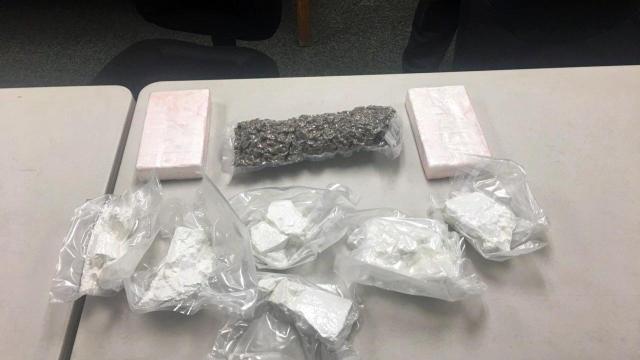 Nashville, N.C. — Authorities seized almost $600,000 worth of cocaine from two people on Thursday during a traffic stop in Nash County.

The Nash County Sheriff's Office said deputies stopped a car on Interstate 95 north of Goldrock near mile marker 148. During the stop, deputies became suspicious of criminal activity and found probable cause to search the vehicle.

Deputies arrested Mattalyn Maria Flowers, 25, and Jamirah Ellis Willis Jr., 21, who are both from Georgia. The pair said they were heading to Emporia, Virginia.