Spacecraft That Studied Asteroids to Peer Into the Past Goes Quiet 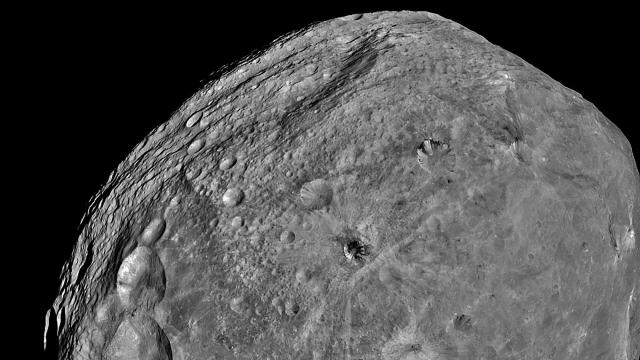 Dawn missed its appointed check-in Wednesday. Mission managers concluded that the propellant for its thrusters had run dry, and Dawn could no longer control its orientation. Its antenna turned away from Earth, and its radio signal was lost forever.

It was an expected end to the mission, although the spacecraft lasted two years longer than originally planned.

Launched in 2007, Dawn has been sending home close-up views of Ceres and Vesta — the largest asteroids in the belt between Mars and Jupiter — as well as clues to the building blocks of the solar system’s planets.

“These are time capsules from the very beginning of the solar system,” Carol Raymond, principal investigator of the mission, said during a NASA preview in October of Dawn’s demise.

Here are some of Dawn’s biggest discoveries.

— The glints of Ceres

Ceres is the largest object in the asteroid belt, although it is smaller than most of the solar system’s larger moons. Giuseppe Piazzi, an Italian priest and astronomer, discovered it in 1801, and it was declared at first to be a planet. But then other astronomers kept finding more rocks in that region, and eventually they were all classified as asteroids. In the most recent reshuffling of planets, Ceres received a promotion, and it is now classified as a dwarf planet because it is large enough to be round.

Among Dawn’s findings, the most unexpected were shiny splotches on Ceres — some 300 of them. The discovery set off waves of scientific wondering.

Was it frozen water? Other ices? How did they get there? What was going on below the surface? “What we saw was completely mind-blowing,” Raymond said.

The white stuff turned out not to be snow or ice, but sodium carbonate, a type of salt. On Earth, sodium carbonate is often known as washing soda or soda ash. It is used in the manufacture of glass, in some detergents and as a water softener.

“Sodium carbonate is not common in the solar system,” Raymond said.

But it does show up in a couple of intriguing places, she said: drying lake beds on Earth and in the plumes shooting out from Enceladus, a moon of Saturn known to have an ocean below its outer icy shell. On Ceres, what appears to be happening is that reservoirs of salty brine — remnants of a subsurface ocean — still occasionally well up to the surface to create the bright spots. That means Ceres, even though it is just 588 miles in diameter, is still geologically active, and spewing ice instead of lava — what is known as cryovolcanism.

The bright spots almost all lie in or near craters. That suggests meteor impacts created the spots, either by kicking up material below the surface or by cracking the outer crust, allowing subsurface brines to flow upward. At the surface, the water escaped to space, leaving deposits of sodium carbonate as well as ammonium chloride, another type of salt.

— The biggest, brightest of all

The most striking feature on Ceres are the bright regions within a 57-mile-wide, 2.5-mile-deep crater called Occator.

In the crater, a central dome called Cerealia Facula is thought to have been formed by icy lava sputtering up through fractures, possibly pushed by gases in the brine. Nearby is another bright region named Vinalia Faculae, which is more diffuse in shape and texture, and it appears to have been formed by a somewhat different process. Scientists hypothesize that gases dissolved in the liquid caused it to sputter through cracks onto the surface, like Champagne spilling out of a just-opened bottle.

Another eye-catching feature is a 13,000-foot-high mountain near Ceres’ equator. Named Ahuna Mons, it is indeed the only mountain on Ceres. Scientists described its formation as a result of an unusual type of volcanism involving salty water and mud: Thick molten material is squeezed up like toothpaste, without an explosive eruption, to create a dome shape.

The volcano is not active today. Raymond said that over time, Ahuna Mons, perhaps a few hundred million years old, would likely spread, flatten and eventually disappear, and that likely had been other volcanic mountains in the past.

Ceres is too small and its gravity too weak to hold onto a significant atmosphere. Yet in 2014, the European Space Agency’s Herschel space telescope detected water vapor around the asteroid, later confirmed by Dawn.

This transient atmosphere is generated by high-energy particles from the sun slamming into water molecules at or near Ceres’ surface and kicking them up. The same phenomenon happens on Mercury and on Earth’s moon.

— A tale of two asteroids

Before Dawn orbited Ceres, it visited Vesta, another asteroid, from 2011-13. Exploring this 330-mile-wide rock — which looks like a cratered potato — and its contrasts with the rounder and wider Ceres offered astronomers additional insights into how objects in the solar system formed.

The differences go beyond size. Vesta is dry and heavily cratered, resembling the moon, while Ceres is full of water. “This is almost like night and day,” said James L. Green, NASA’s chief scientist.

Why are they so different? Planetary scientists now think that Ceres formed much farther out in the solar system and then was pushed inward by the jostling of giant planets like Jupiter. Vesta, on the other hand, probably formed close to where it is today, a region in which ice would have been heated away early in the history of the solar system.

Even though Vesta is diminutive, it still exhibits some planetlike qualities. As it formed, it heated enough to melt, with the heavier elements sinking to the core.

— Transfer in the belt

Dawn’s trip from Vesta to Ceres made it the first spacecraft to orbit one world, and then leave to orbit a second world. That was possible because of the spacecraft’s three ion engines.

Unlike most propulsion systems for vessels in space, which produce thrust through chemical reactions, the electric fields of ion engines accelerate xenon atoms. The amount of thrust is tiny. Each engine generates up to 91 millinewtons, which is about the force you need to hold up a sheet a paper on Earth. But ion engines are much more efficient and can fire for long stretches of time, instead of the short bursts employed in chemical propulsion.

Spacecraft carry microbial hitchhikers from Earth that can contaminate the worlds where they land. NASA tries to minimize that risk when a mission ends; engineers flew the Cassini probe, for example, into Saturn’s atmosphere in 2017.

For the last part of its mission, Dawn was sent on an elliptical orbit that swooped to within 22 miles of the surface, making one orbit every 27 hours. That provided the sharpest images yet of features like the Occator crater.

Though out of power, the spacecraft will continue in that orbit for at least 20 years, possibly decades longer, at which point it could crash into Ceres.

That is not long enough for all of the Earth microbes on Dawn to die, but NASA officials hope that 20 years would be long enough for the space agency to make another visit there to study whether Ceres ever had conditions amenable for life before Dawn crashes and contaminates it.