The top leadership of the NAACP announced Thursday that it has "immediately suspended" the longtime member of the North Carolina chapter of the civil rights group who has been accused of sexually harassing and assaulting a female member.

In a statement posted to the NAACP's website, President and CEO Derrick Johnson advised that the Rev. Curtis Gatewood has been suspended, pending a hearing into the allegations made publicly yesterday by Jazmyne Childs, the organization's former state youth and college director. 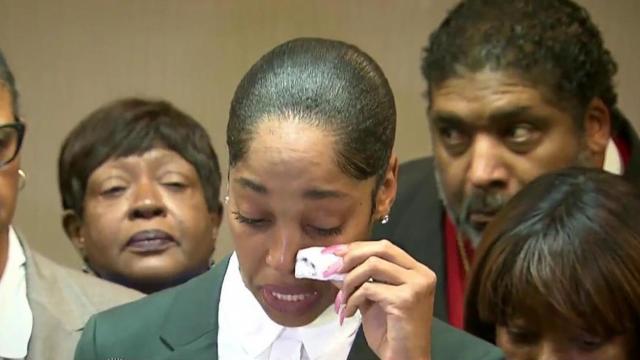 The allegations first surfaced in 2017, and were investigated for about five months by an independent agent who was not affiliated with the NAACP.

The outside investigator, who is an attorney, did substantiate the allegations, Barber said. But no criminal charges have been filed in the case.

In a written statement, Gatewood denied the charges.

"I will not participate in any attack of the accuser or any NAACP family member in the media," his statement said. "I can only assure you, I have never sexually harassed anyone. I have a long history of working professionally in the workplace, and toward the uncompromising pursuit of justice throughout the community."

Childs said she was thrilled to serve a group she had long admired.

But early in 2017, she said, Gatewood called her one day on the phone and spoke provocatively.

That May, she said, she was at a campaign event when Gatewood came up behind her and grabbed her.

“I yelled loudly, ‘Why are you hovering over me? That is gross, move,’” she said. “He claimed that he was looking for a receipt, and then he stormed out.”

Local leaders are seeking the national organization to ban Gatewood, but Gatewood is running for president of the North Carolina chapter.

Gatewood once led the Durham chapter of the NAACP.

"I've given my heart and soul to this organization and I am ashamed," Barber said. "I'm hurt and I'm upset along with these women. It is time for you to act."

Childs said she wrote a letter to the national NAACP and asked them to remove Gatewood from the organization and create a clear policy on sexual harassment. She said they have not yet responded to her request.