N. KING PRATHER: We are all ancestors of ourselves 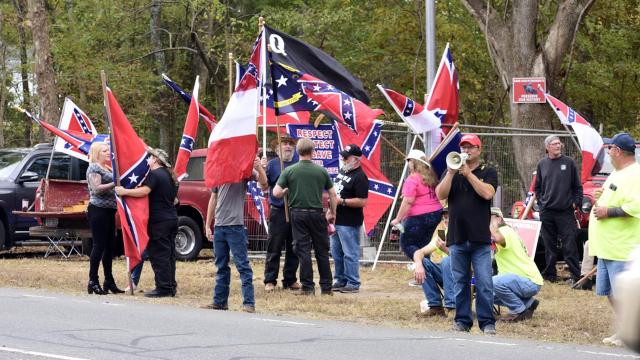 EDITOR’S NOTE: N. King Prather is retired Senior Vice President and General Counsel at Blue Cross Blue Shield of N.C. and a board member at Higher Ed Works. A graduate of the University of Virginia and the N.C. Central University School of Law, he’s served on the UNC Asheville Board of Trustees. He is currently a member of Gov. Roy Cooper’s DRIVE Task Force, working to increase minorities in teaching.

My insides have been in knots since I heard Rep. Mo Brooks of Alabama, on Jan. 6, say that today is the day “we kick ass and take names.” His audience included a significant number of hate groups, and not long after, these groups assaulted the U.S. Capitol.

I have roots in Alabama. I am writing this because others like me have to speak up. Black Lives Matter. Justice is a process, not an outcome. Silence is complicity.

My mom and dad were racists. Writing that was hard; I hope it is encouraging.

In 1832 my 4x great-grandfather bequeathed to my namesake “one Negro man named Tom.” In the late 1800s, my 2x great grandmother made costumes for the KKK. Sheets were left behind the woodpile and returned there, sewn. I’d like to find Tom’s heirs. 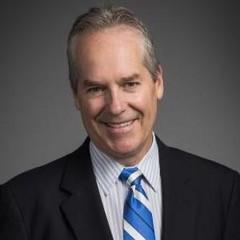 My story is not unique. My family and parents were loving, attentive, and religious. Other than their views on race, they were exemplary. In every other area of our lives, it was I who let them down.

I didn’t imagine them as bigots growing up, though my mom harbored a distrust of “foreigners” and my dad believed that “the Southern farmer was the best friend the Negro ever had.” “She’s got some white in her,” he observed after Vanessa Williams was named the first Black Miss America. Subtleties, all.

Dad was the son of an illiterate loom fixer in rural Alabama. His grandfather was George Washington Prather. Good folk, patriotic, family first. Through the U.S. Army, he escaped Alabama and a first marriage. We didn’t speak about that growing up, or that he attended the uber-racist Strom Thurmond Dixiecrat convention in 1948.

He served active duty in WWII and Korea and retired in 1963 to Arlington, Virginia, where I grew up. Together we saw JFK on Veteran’s Day 1963, and shook hands with Gov. George Wallace on a summer vacation in the late ‘60s. We laughed with Archie Bunker together. Dad died in 1991 before I learned about inherent bias. He died believing in the “Myth of the Lost Cause.”  I loved him.

Mom was raised on a tenant farm in 1930-40s Alabama, survived abuse and family theft, dropped out of high school in the 8th grade to tend to a baby brother and take lunch out to the field.

She was married and divorced twice by 18. Hurt people hurt. She forged a 60-year career on the retail floors of the Washington, D.C. area. But after the MLK riots in 1968 she rarely entered the District, about which she would say: “I ain’t lost nothing over there.” She would not have comprehended inherent bias, or the white privilege she enjoyed. I loved her.

We went to church each Sunday and rarely were we overtly racist. I was taught not to use the “N” word, although it was part of the soundtrack of our summer vacations to visit family in the deep South. Sometimes, too, from my mom behind a wheel of a car. Driving expanded her vocabulary.

Our vacations in Alabama were littered with relatives who bragged about dropping fireworks in the integrated bathroom stalls or who taught their dogs to bark at the “N” word. The maid who came on Tuesdays, the nurse who administered allergy shots and the handyman were a perfect supporting cast for my privilege.

Two years after our schools integrated, my 5th-grade teacher was a Black man, Mr. Marsh. He’s among my top five educators. I snuck a radio into 6th grade to listen to a Black man chase a white man’s home run record. I was sad when I read about the death threats he was receiving at the time. Hank Aaron was my hero.

Given all this, how did I arrive at my present perspective?

You can observe racism every day just paying attention. It shouldn’t take a viral video of a knee to the neck, or of a Confederate flag in the U.S. Capitol.

What now? When we taught elementary children the evils of smoking, they got through to their parents. As we combat childhood obesity, kids are coming home asking mom and dad, “Why are you eating chips in front of the TV ?” Think of the dialogues that could ensue if kids came home from school asking about diversity and inherent bias.  What if we ask them?

It is important what we say to each other and to our children about the divisive racial politics of Donald Trump. It is critical that in word and deed we condemn it.

My dad used to say that we are all ancestors of ourselves. You are evolved from the you of yesterday, and last year. Keep learning. Keep evolving.  Humanely.