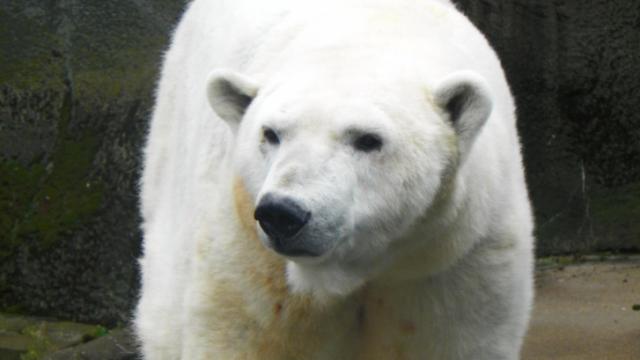 The $8.5 million habitat, more than three years in the making, triples the size of the zoo's previous polar bear home, a zoo press release says. The new space allows polar bears more land space to roam and a stream, which flows through the center of the exhibit, to play in. A ribbon cutting ceremony with Gov. Pat McCrory and grand opening is scheduled for Oct. 23.

The polar bear exhibit has always been a big favorite for zoo visitors. In fact, the zoo brought in an animatronic dinosaur exhibit in 2012 and 2013 to make up for the loss of the zoo's polar bears, who were moved to other zoos during the work. Sadly, two polar bears died since their moves elsewhere.

Aquila, who was moved to the Detroit Zoo for two years, died in September 2013, about five months after returning to North Carolina. Wilhelm, who was on loan to the Milwaukee County Zoo since 2011, was euthanized in October 2013.

In November 2013, the zoo acquired Patches, a female polar bear from a Pennsylvania zoo. She went on display in the zoo's original polar bear exhibit in December 2013 and will be moving to the new space.

Anana, who is on loan from the Lincoln Park Zoo in Chicago, arrived in September and is getting acclimated to her new home. She will not be on view when the exhibit opens later this month. She'll remain in North Carolina until 2016 when construction on a new polar bear exhibit at the Lincoln Park Zoo is complete.

Zoo staff would like to eventually open a polar bear breeding program. The new exhibit also includes expanded facilities behind the scenes and a special den for a mother with cubs.

The new space can accommodate up to six polar bears, according to the zoo's website.

"We always are looking into other resources and other possibilities to bring more polar bears to the zoo," said Gavin Johnson, the zoo's information and communications specialist, in an interview. "It's one of the most popular animals out there. We're always looking at other options."

State legislators approved about 60 percent of the funding for the $8.5 million project. Private contributions to the N.C. Zoological Society, the zoo's non-profit support group, made up the rest.