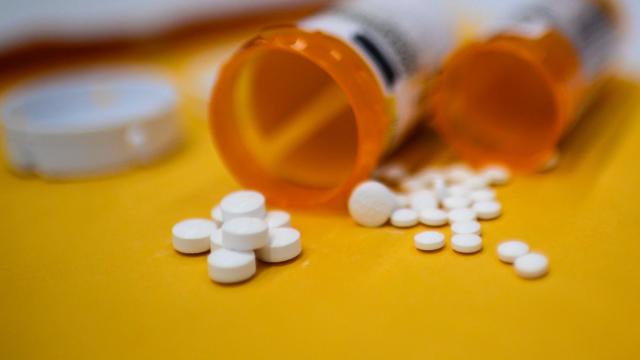 More than 3,900 people in North Carolina died from drug overdoses in 2021, new preliminary data released from the state's Department of Health and Human Services shows. It's a 26 percent increase compared to 2020.

Addiction experts point to the pandemic, a tainted drug supply and a national naloxone shortage as reasons why the number of fatal overdoses continues to increase to historic highs.

"The trends have been worsening in general across the country over the last 10 years or so as fentanyl is essentially poisoning the opioid supply, and so overdose deaths are rising," said Dr. Jamie Carter, an addiction expert at Duke.

The latest information includes numbers from December of last year, which, alone, saw 366 fatal overdoses. The data remains preliminary, though, as it is an estimate of statewide medical examiner system overdose deaths.

"The pandemic has exacerbated substance use disorders for many," a spokesperson for DHHS told WRAL in an email. "Currently available evidence shows that overdoses due to commonly prescribed opioids increased in 2020, and remained elevated in 2021, reversing the downward trend started in 2017."

Over the last two decades, the number of lives lost annually due to overdoses has increased more than seven-fold. In 2020, over eight North Carolinians died every day from an overdose, state data reveals.

That was also the deadliest year for overdoses on record, according to the CDC and National Center for Health Statistics. In addition, the provisional data the center released reveals a 29% increase in drug overdose deaths between April 2020 and April 2021. During that timeframe, an estimated 100,306 people died from overdoses in the United States.

"We're seeing sort of worsening trends in overdose with the pandemic," Carter told WRAL. "We know that the factors related to the pandemic [including] access to care and stressors and people's lives and things like that are kind of all compounding and are making things even worse this year during the pandemic. So overdose deaths are continuing to climb."

All 100 counties and 45 municipalities in North Carolina signed on to a $26 billion multistate agreement with the nation’s three major pharmaceutical distributors over the companies’ role in creating and fueling the nationwide opioid crisis. The state is now poised to receive its full share of nearly $750 million when the deal is finalized, North Carolina Attorney General Josh Stein's office announced earlier this month.

The money will be used for opioid treatment and recovery resources.

Carter and other providers are hopeful the funding supports evidence-based care which includes access to medical-assisted treatment, the use of medications, in combination with counseling and behavioral therapies, to provide a “whole-patient” approach to the treatment of substance use disorders, as defined by the Substance Abuse and Mental Health Services Administration.

"In a state that has not expanded Medicaid where access to care for patients - many of whom who have opioid use disorder - are uninsured, [treatment] is really, really limited," Carter said.

The state reports it is working to make medication assisted treatment and other SUD services as available as possible to those in need. Last month, as part of an effort to reach more North Carolinians with substance use disorder, the Department of Health and Human Services allocated $4.4 million to fund 15 mobile units "to provide screening, assessment, treatment, primary care and recovery support services."