McCrory says he will back Trump for president 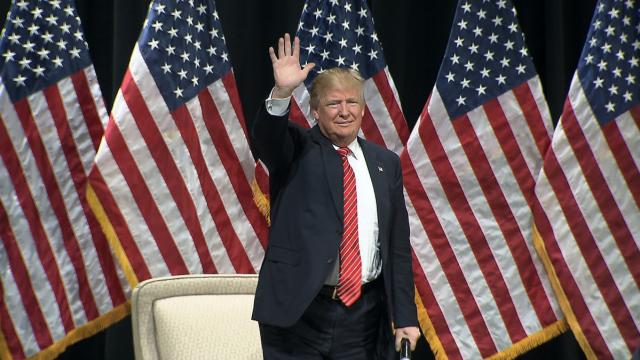 "Yes," he said curtly when asked if he would back the presumptive presidential nominee.

Asked why, McCrory said, "I stated I would support the Republican nominee." He then asked reporters, "Anything else?"

While Trump is the Republican standard bearer, his pugnacious, off-the-cuff style and routine invocation of racial and ethnic differences have drawn criticism, even from those in his own party.

"I think there's some genuine, widespread concern amongst Republicans that, regardless of how well Trump does himself, he's going to have some negative effects down the ballot, particularly in a state like North Carolina," said Andrew Taylor, a professor of political science at North Carolina State University.

McCrory, Taylor said, likely has some substantive differences with Trump. For example, the governor has emphatically backed House Bill 2, the measure dealing with transgender bathroom use and other LGBT issues. But Trump has criticized the bill, saying lawmakers created more trouble than it's worth with the measure.

On the Democratic side of the ticket, Attorney General Roy Cooper says he will back Clinton.

"Yes Attorney General Cooper will support Secretary Clinton for president," Jamal Little, a spokesman for Cooper's campaign, said in an email. "He believes a Trump-McCrory ticket is bad for both our state and our country. We need thoughtful leaders who will work to move our state and country forward, not pull us apart with dangerous rhetoric and an extreme political agenda."

Taylor says Cooper may be no more eager to embrace Clinton than McCrory was to endorse Trump.

"She could be a problem for him," Taylor said of Clinton and Cooper. "Both Clinton and Trump have very high negatives. What I think you'll see is both gubernatorial candidates distance themselves from their own party's nominees but try to tie the other guy to theirs."