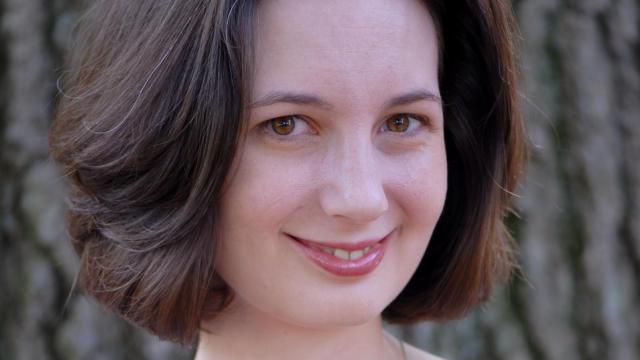 Winston-Salem, N.C. — Megan Bryant has written more than 250 books for kids, ranging from board books for babies to young adult novels for teens.

But when she got the idea for her latest board book series, Citizen Baby, Bryant turned to somebody else in her family to help out. Her husband, Daniel Prosterman, a professor and administrator at Salem College in Winston-Salem, has a doctorate in history and has studied and written about the electoral process.

Together, the couple, who also have three kids, co-authored four books in the Citizen Baby series—My President, My Congress, My Supreme Court and My Vote. I checked in with Bryant to learn more about the series and her other work for kids.

Go Ask Mom: How did you get the idea for the Citizen Baby series? What was the aha moment?

Megan Bryant: We’ve loved involving our kids in the political process since our first child was an infant. Our third baby joined the family in 2018, and when he was about five months old I started thinking about how much I was looking forward to taking him with us to vote for the very first time in the North Carolina special election. That’s when the idea for Citizen Baby came to me in a flash—a series that would capture how families can involve their kids in the process while explaining how our government functions. Dan and I started writing My Vote that very day. 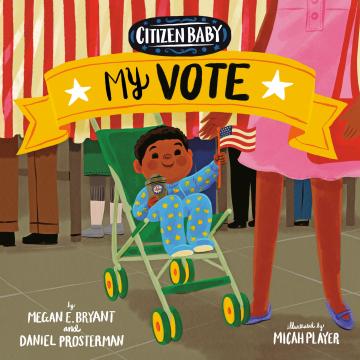 GAM: What was it like writing the books with your husband? Was there anything you guys argued over in particular?

MB: The most challenging thing about writing four books together was finding time when our schedules aligned! We took advantage of every moment we could, from naptimes to sunny days while our kids played at the splash pad. We had a lot of fun working on the books together, and I really appreciated having Dan’s professional expertise to make sure that we didn’t accidentally oversimplify any of the content to the point where it became incorrect.

GAM: Some people might think babies and young children are too young to learn about these kinds of things. Why do you think we should start young?

MB: The adage “Kids learn what they live” holds true here. I’ve found that even very young children are especially receptive to learning about voting. They know what it’s like when someone else gets to make all the decisions for them, and they have an innate sense of fairness that helps them understand how important it is for everyone to have a say.

When we involve our children in the democratic process, they become familiar with it and recognize it as an important part of being an adult—and, we hope, they will carry that with them as they become eligible to vote.

Dan and I hope that the Citizen Baby series will help families have these important conversations early on and give parents some language they can use when talking about democracy and the way our government works. 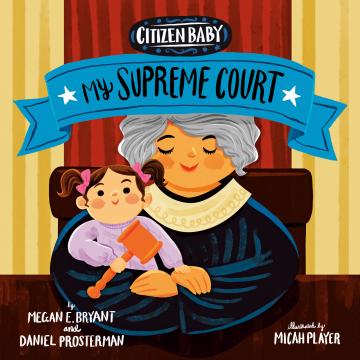 MB: My chapter book series, The Tiny Geniuses, is about a boy named Jake who struggles in school—until a wish he makes comes true in an unexpected way, bringing miniature Heroes of History action figures (including Jackie Robinson, Frida Kahlo, and Benjamin Franklin) to life to help him navigate his schoolwork. My YA novel, Glow, is about a teen named Julie who discovers a series of WWI vintage paintings that reveal a modern-day mystery, a century-old romance, and the haunting true story of the Radium Girls, young women who used radioactive paint to make the world's first glow-in-the-dark products — and ultimately became radioactive themselves.

GAM: What's next for you? What are you working on now?

MB: My next book is a middle-grade novel called Abby In Between that will publish in spring 2022. As nine-year-old Abby navigates new terrain at home and at school, surprising changes in her body reveal an entirely new and confusing world of deodorant, bras, and a lot of questions. An up-close look at the sad and scary issue of homelessness in her town, and a new and exciting tiny-house community initiative, leads Abby to recognize the good she can do. She’s not a grown-up yet, but she definitely doesn't feel like a little kid anymore. She's Abby, in between.

I’m so excited for readers to meet Abby and I hope this book will help families have conversations about puberty, which starts in elementary school for most girls. I’m working on a sequel about Abby’s adventures in growing up that will publish in fall 2022.