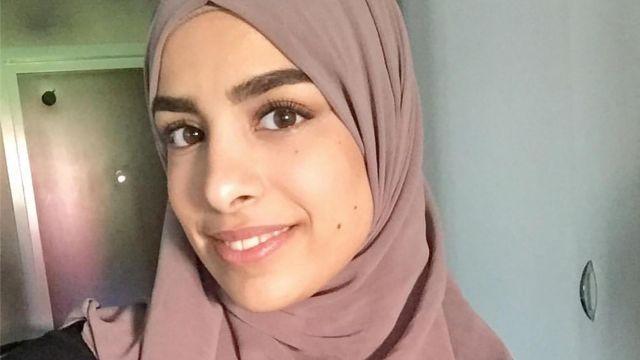 STOCKHOLM — A Muslim woman in Sweden who said she was discriminated against in a job interview for refusing to shake hands on religious grounds has been awarded financial compensation by a labor court.

The woman, Farah Alhajeh, 24, was interviewing for a job as an interpreter at Semantix, a language services company, in the city of Uppsala, north of Stockholm, in May 2016, when the person conducting the interview offered to introduce her to a male boss. Alhajeh said she placed her hand on her heart as a greeting, smiled, and explained that she avoided physical contact because she was Muslim.

She was shown to the elevator.

“It was like a punch in the face,” Alhajeh, who was born in Sweden, said by telephone from her home in Uppsala on Thursday, a day after the ruling. “It was the first time someone reacted, and it was a really harsh reaction.”

A Swedish labor court agreed, ruling Wednesday that the company had discriminated against Alhajeh and ordering it to pay 40,000 kronor, or about $4,350, in compensation.

The case, brought by Sweden’s equality ombudsman, raised numerous thorny issues in a country already wrestling with questions of immigration and integration. Among them: whether a female Muslim employee could refuse to shake hands as a greeting in the workplace, said Martin Mork, who leads litigation at the ombudsman’s office.

Alhajeh, the labor court said in a statement, “adheres to an interpretation of Islam that prohibits handshaking with the opposite sex unless it is a close member of the family.” The court concluded that “the woman’s refusal to shake hands with people of the opposite sex is a religious manifestation that is protected under Article 9 of the European Convention on Human Rights.”

But the company with which Alhajeh had interviewed argued that its staff members were required to treat men and women equally, and that it could not allow a staff member to refuse handshakes based on gender.

The labor court ruled 3-2 Wednesday that while the company was right to require that employees treat men and women equally, including in how they greet others, it could not require that the greeting in question involve shaking hands. What matters, they said, was consistency in how men and women were greeted.

“The court struck a balance between the interest of gender equality and religious freedom in the workplace,” Mork said.

But Lars Backstrom, who represented the company in the case, said the labor court’s ruling had gone against Swedish laws prohibiting discrimination in the workplace because of gender.

“The Muslim woman did not take the boss’ hand because he is a man,” Backstrom wrote in an email. “When it comes to employees who meet clients and other external people, it’s up to the employers to decide whether employees can manifest their religious or political affiliations.”

Alhajeh said that she was pleased with the decision. She said that she greeted men and women the same way in mixed company, by bringing her hand to her chest. But if she is meeting only with women, she might shake hands, she said.

“We live in a society where you have to treat women and men the same,” she said. “I know that because I am Swedish.”

“I have to practice my religion in a Swedish way that’s acceptable,” she added.

This is not the first time that the issue of handshakes has drawn attention and controversy in Sweden. In 2016, a Muslim member of the Green Party withdrew his candidacy for a seat in the party’s leadership after he was publicly criticized for refusing to shake hands with women, including a television journalist who was going to interview him.

“I stand for equality among people,” Stefan Lofven, the prime minister, told Parliament in April 2016, according to the newspaper Svenska Dagbladet. “For me, it’s the same as women and men having the same opportunities. It also means that in Sweden, we greet each other. One shakes hands with both men and women.”

Mork of the ombudsman’s office acknowledged the importance of such greetings in his country. “In Sweden, one shakes hands,” he said.

But, he said, “This is very much viewed under the lens of integration and gender equality.”

“It has become a little bit of a symbol question for how Sweden deals with its religious minorities,” he added. The question of balancing local custom with religious freedom has also been playing out in other countries. In 2016, officials in the Swiss canton of Basel-Landschaft ruled that two Syrian boys who studied at a public school in the town of Therwil could not refuse to shake their teacher’s hand on religious grounds. Shaking a teacher’s hand before and after class is part of Switzerland’s social fabric, and the canton officials said that parents whose children refused to obey the tradition could be fined up to 5,000 Swiss francs, or about $5,020.

On the other hand, a school in Sydney, Australia, caused an uproar in 2017 by adopting a policy allowing Muslim schoolboys to refuse to shake hands with women, as long as they instead placed a hand across their chest.

And this year, France’s top administrative court ruled that an Algerian woman’s refusal to shake hands with male officials at a French naturalization ceremony was sufficient grounds for denying her citizenship.