Musk Is Beating Short-Sellers, for Now 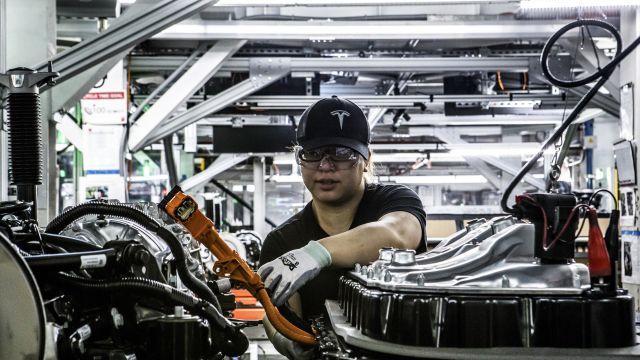 For now, Elon Musk, Tesla’s chief executive, remains up in his public fight with those betting on a fall in the electric-car maker’s shares.

But the company’s doubters remain undeterred.

On Tuesday, Tesla’s shares jumped 11 percent after Musk tweeted he was considering taking the company private at a stock price of $420. Those wagering against Tesla’s shares finished the day with a paper loss of $1.3 billion, and for the month, their losses have reached nearly $3 billion, according to S3 Partners, a financial technology and analytics firm.

The investors betting against Tesla’s shares are known as short-sellers. They borrow shares, then sell them in the hopes of buying them back later at a lower price and profiting on the difference. But if the share price goes up, those investors may face steep losses.

News that Musk is considering taking his company private has not seemed to weaken the conviction of the investors wagering against the stock. The number of shares shorted has increased slightly in the days since the announcement.

And as doubts about Musk’s plan have grown, Tesla’s stock has retreated 7.1 percent from its Tuesday’s close. That reduced Tuesday’s losses by $1 billion.

Tesla is among the most shorted stocks in the Standard & Poor’s 500-stock index. More than a quarter of Tesla’s shares valued at about $13 billion are being shorted.

The large wager appeared to be paying off earlier this year. The introduction of Tesla’s Model 3, crucial to the company’s turning a profit, had been mired in glitches and delays for months. And the company had continued to lose money.

In mid-March, the stock began to plunge. A driver was killed in Mountain View, California, that month after a Model X crashed into a concrete highway divider while Autopilot, Tesla’s driver-assistance feature, was in use. Days later, Moody’s Investors Service downgraded the company’s credit rating, concerned that the company was burning through cash. At their low on April 2, the carmaker’s shares were off 21 percent for the year.

Musk has long criticized investors shorting his stock. But as Tesla’s woes mounted and bets against its stock jumped, he ratcheted up the feud.

In May, he took to Twitter with a warning for anyone betting against Tesla. “Short burn of the century comin soon,” he wrote. “Flamethrowers should arrive just in time.”

A little more than a month later, he warned that those betting against Tesla “had three weeks before their short position explodes.” More recently, Musk taunted David Einhorn, whose Greenlight Capital hedge fund has performed poorly this year in part because of its short bet on Tesla.

Since the start of April, Tesla’s shares have rebounded 40 percent, costing short-sellers $4.4 billion.

And the pain could get worse. Investors do not appear convinced that Tesla will be taken private. But if a deal seems more likely, Tesla share could rise quickly and force short-sellers to buy the stock in droves to cover their bets. That could push the share prices up even further — an effect known as a “short squeeze.”

That is something Musk would no doubt relish.