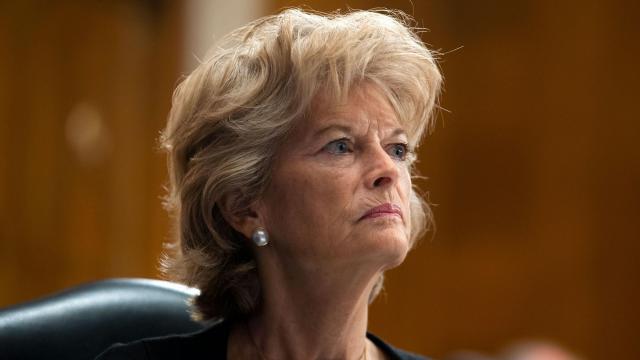 CNN — Alaska Sen. Lisa Murkowski is calling on President Donald Trump to resign following the riots at the Capitol on Wednesday, making her the first Republican senator to take that step.

"I want him to resign. I want him out. He has caused enough damage," Murkowski said in an interview with the Anchorage Daily News.

"I think he should leave. He said he's not going to show up. He's not going to appear at the at the inauguration. He hasn't been focused on what is going on with COVID. He's either been golfing or he's been inside the Oval Office fuming and throwing every single person who has been loyal and faithful to him under the bus, starting with the vice president," Murkowski told the paper.

Murkowski joins more than two dozen Senate Democrats in calling for Trump's ouster, but breaks new ground among Senate Republicans who have at best publicly considered such a move.

Sen. Ben Sasse of Nebraska, who voted to acquit the President during the Senate impeachment trial last year but is also a frequent Trump critic, said Friday he would "definitely consider" articles of impeachment from the House in an interview on CBS.

"The House, if they come together and have a process, I will definitely consider whatever articles they might move because, as I've told you, I believe the President has disregarded his oath of office," he said.

Utah Sen. Mitt Romney, the sole Republican to vote to convict the president last year on one article of impeachment, told reporters late Wednesday that "I think we've got to hold our breath" until Trump's out of office when asked his view of invoking the 25th Amendment. Asked whether Trump should be impeached, Romney said, "I think time is a little short for that."

Sen. Lindsey Graham of South Carolina, a close Trump ally who was critical of him this week, said in a Twitter thread on Friday that impeaching Trump in his final days would "do more harm than good" and would be "unsuccessful" in the Senate. At a Thursday news conference, however, Graham said about the 25th Amendment that he doesn't "believe that's appropriate at this point," adding that "if something else happens all options would be on the table."

Murkowski has repeatedly broken party lines and opposed the President, telling reporters in June that she was still "struggling" with a decision about whether she would support Trump in November.

But she has also consistently backed the President's interests. She said in September that she opposed taking up a Supreme Court nomination prior to Election Day, before announcing in October that she would ultimately vote yes on Amy Coney Barrett's confirmation to the Supreme Court. During Trump's impeachment trial last year, Murkowski announced that she could "not vote to convict" Trump but nevertheless called his actions "shameful and wrong."