Murdochs promise not to interfere with Sky News 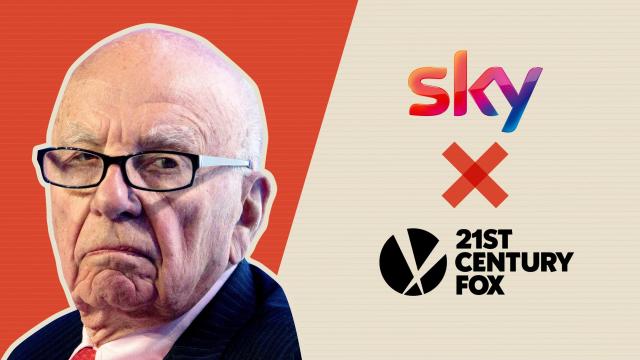 LONDON (CNNMoney) — The family of media tycoon Rupert Murdoch has promised not to interfere with Sky News if regulators approve a $16 billion takeover of pay TV provider Sky.

Murdoch's 21st Century Fox offered Monday to establish an "independent" editorial board in order to safeguard the independence of Sky's news division, which it would keep running for at least five years.

It also said that no employee, executive or board member with connections to the Murdoch family trust would seek to influence editorial decisions at Sky News. The trust controls Fox via 39% ownership of its voting shares, according to FactSet.

British regulators have recommended that the government block Fox's purchase of Sky because it would Murdoch too much control over the country's media.

Murdoch already owns three of Britain's biggest newspapers: The Sun, The Times and The Sunday Times.

The Competition and Markets Authority (CMA), which must submit its final report on the matter to U.K. Culture Secretary Matt Hancock by May 1, had proposed more drastic remedies including spinning off Sky News.

Fox already owns 39% of Sky. The two companies said Monday that the CMA had made a number of legal and factual errors in its preliminary analysis.

The review has become a hot political issue in Britain, where some politicians have pushed for closer examination of the Murdoch family following a series of scandals at the U.S. cable news channel Fox News.

"We are exactly where we have been all along. Fox proposed this firewall remedy, Sky is supporting it, but all the other independent parties, including politicians, are deeply opposing the deal," said media analyst Alice Enders.

The deal has also been complicated by Disney's offer to buy a major chunk of Fox, including its existing state in Sky.

The CMA has said that the Fox-Disney deal is "unlikely to be completed" before its regulatory review must be submitted. If the Fox-Sky deal is blocked, and the Disney-Fox deal goes through, Disney would then have to decide whether to make its own offer for the remaining 61% of Sky.