Multiple Headquarters Move Amazon Closer to Its Goal: Everything Company 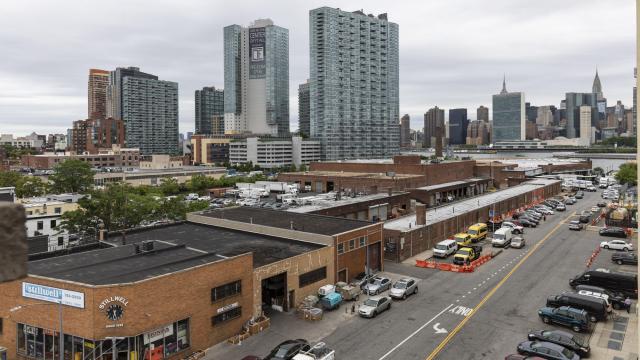 SAN FRANCISCO — What a farce.

That was one of the immediate reactions when word leaked out on Monday that Amazon’s much-ballyhooed search for a second headquarters outside of Seattle would result in not one, but two new locations. On Twitter, people used farce, sham or stunt to describe what had happened.

Amazon’s critics were apoplectic at what they called a bait and switch.

“I was shocked,” said Robert B. Engel of the Free & Fair Markets Initiative, a nonprofit that is a determined foe of the retailer on all fronts. “They’ve duped more than the bidders. They’ve duped all of us. They can’t even live up to a promise that wasn’t fair to anyone but Amazon.”

From the company’s point of view, however, things seem to be working out rather nicely.

The quest kept a persistent spotlight on Amazon as the suitor everyone sought — would it choose Denver? maybe Atlanta? surely Chicago? — even as the company apparently decided instead to set up smaller operations in the Washington metro area and in New York City, the two most obvious places all along. (Amazon declined to comment.)

Amid the guessing game, the company got information from dozens of cities about how much they would pay for a strong Amazon presence, valuable data that it will no doubt use to expand.

“What we see is Amazon evolving into a corporation whose headquarters is virtual and whose physical presence will span the globe,” said Charles R.T. O’Kelley, director of the Berle Center on Corporations, Law and Society at Seattle University. “Instead of being headquartered in one place and moving to a second headquarters, Amazon is going to be, and be thought of as, everywhere.”

This, after all, is how Amazon sees its destiny: to become not just the everything store, as it was branded a mere five years ago, but the everything company. People will buy groceries from Amazon, be entertained by Amazon shows, pick up snacks at Amazon Go stores, see all the ads they need on Amazon, find a plumber through Amazon, communicate through Amazon’s Alexa virtual assistant — and that is just the beginning.

Set against such ambition, the words “second headquarters” or, in Amazon parlance, “HQ2,” which proved so beguiling to the media, politicians and local governments ultimately mean little.

“The word ‘headquarters’ is a nontechnical, nonlegal term, but it plays well in the press to talk like this,” O’Kelley said. “It was a great PR move in all kinds of ways.”

Qinghai Wang, a finance professor at the University of Central Florida who has studied corporate headquarters, agreed.

“Corporate headquarters, or at least the part that is central to decision-making, should be just in one place,” he said. “Boeing, another Seattle company that moved headquarters more than 10 years ago, only moved a few hundred people to Chicago. Amazon is a big company, and it has a very big headquarters already.”

At least one expert realized some time ago how the game would end.

“Don’t be surprised if later this year, Amazon announces that it’s going to have more than one HQ2,” the City Observatory, a think tank in Portland, Oregon, said in an essay posted in January. One reason: “If a single winner is announced, and its competitors are dismissed, then Amazon’s negotiating position becomes much weaker,” the essay said. Having multiple winners, on the other hand, would allow the company to play one off the other.

Even as the news sank in on Monday, some people rued the lost chance that Amazon would do something truly transformative — not just for the company, but for its new home.

“Big tech is at a pivotal moment, and Amazon is at the head of the class,” said Scott Phillips, an entrepreneur who submitted a headquarters proposal to build an enormous city for Amazon in rural Oklahoma. “It is time for them to aggressively think not just about their bottom line but about ways they can do right by the world.”

Washington and New York already have lots of tech talent, which of course explains why Amazon would move to those places. “Amazon could have pulled a new region of the country onto the ‘haves’ list and pioneered much of the world’s future in the process,” Phillips lamented. In a way, the two-headquarters story was too good to be true even when Amazon proclaimed it bluntly and at length. “Amazon HQ2 will be Amazon’s second headquarters in North America,” the company said in its promotional material. “We expect to invest over $5 billion in construction and grow this second headquarters to include as many as 50,000 high-paying jobs — it will be a full equal to our current campus in Seattle.”

Instead, while nothing official has been announced and things could shift at the last minute, it appears HQ2 will rank with the company’s proclamation that drones would deliver packages. When the chief executive, Jeff Bezos, unveiled that initiative on “60 Minutes,” he said the drones would come in “four, five years.” That was almost exactly five years ago.

The drones have not taken flight, but many articles about them did. Amazon likewise gained enormous amounts of raw publicity from its search for a second headquarters.

It gained something else as well.

“It’s tempting to roll your eyes at this soap opera, but Amazon will walk away from this stunt with a cache of incredibly valuable data,” said Stacy Mitchell of the Institute for Local Self-Reliance, a frequent Amazon critic. “It’s learned all kinds of things from the bidding cities — like their future infrastructure plans — that even their citizens are not privy to.”

Here’s what next, she said: “Amazon will put this data to prodigious use in the coming years as it looks to expand its market power and sideline the competition.”

Amazon is always expanding its market power. Consider a routine news release it issued Friday: “Amazon Announces 14th Inland Empire Fulfillment Center in Beaumont,” it said. Fulfillment center is a fancy term for warehouse. The Inland Empire is a vast area east of Los Angeles. To build 14 warehouses there in six years is a feat. Amazon said it was now the largest employer in the region.

Amazon likes to release news on its own schedule. But the headquarters story leaked out to outlets including The Washington Post — owned by Bezos — and The Wall Street Journal. It was a rare stumble for a company that excels at controlling the narrative.

The real narrative, now and always with Amazon, is its ambition — sometimes veiled, sometimes overt, but never absent. The satirical site The Onion took the present to its logical extreme last month:

“After a search for a new location lasting more than a year, a massive dome was seen descending from the sky and enclosing the whole nation Friday as Amazon CEO Jeff Bezos announced to a horrified American populace that it was now living inside his company’s second headquarters.”