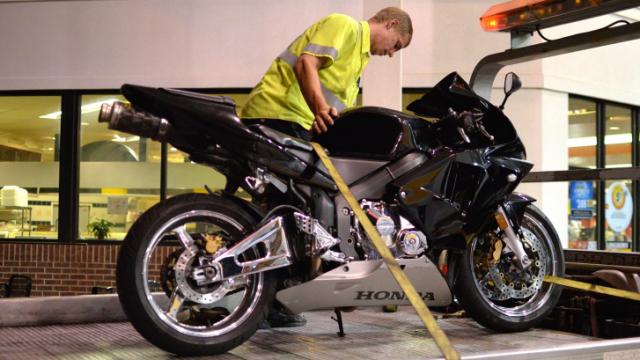 The first pursuit started when a Durham County Sheriff's Office deputy attempted to stop a motorcycle on Angier Avenue, authorities said. It ended after the motorcycle pulled into a Shell gas station near Chapel Hill Road and Airport Boulevard in Morrisville and stopped, authorities said.

Authorities have not said why the driver led law enforcement on the pursuit.

Moments after the first chase ended, a second chase was reported in Apex.

That pursuit started on N.C. Highway 55 after police tried talking to a woman threatening suicide and ended when the vehicle crashed on Cary Towne Boulevard in Cary.

The driver, who was not injured, was taken into custody and faces multiple charges, including possession of a stolen vehicle, driving while impaired and fleeing law enforcement, Apex police said.