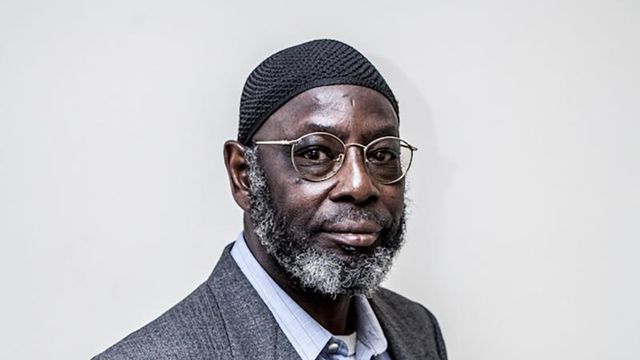 NEW YORK — Mujahid Farid, a former prisoner who became a prominent advocate for the timely release of elderly inmates, died Nov. 20 at his home in the Bronx. He was 69.

The cause was pancreatic cancer, his brother Randolph Howard said.

Farid was a founder and a lead organizer of the organization Release Aging People in Prison, known as RAPP. His interest grew directly from his own experience.

At the end of the 15-year minimum, the state parole board denied him parole nine times. Court documents show that each time his case came up, the board dwelled almost exclusively on his crimes and his conviction as a violent offender, ignoring his model behavior in prison and his advancing age.

Upon his release he dedicated himself to trying to change New York state’s parole system. In 2013, he received a fellowship from the Open Society Foundations, created by philanthropist George Soros, to help found RAPP, one of the first organizations to advocate for the release of aging people in prison. The group’s prominence and success inspired similar campaigns in other states.

The graying of the prison population is a national phenomenon, with people over 50 becoming the fastest-growing segment. In the next decade, they are expected to make up one-third of inmates nationwide.

Experts consider inmates old starting at 50 because they have higher rates of chronic illnesses as well as stress and poor diets, causing them to age more quickly than people on the outside.

Instead of calling older inmates “lifers,” Farid helped reframe the public debate — and get more community support — by calling them elderly.

His efforts helped push the New York State Board of Parole, which had been slow to comply with a change in state law, to consider the reduced risk to society posed by older inmates, who have lower recidivism rates than younger inmates.

His organization’s rallying cry became “If the risk is low, let them go.”

Farid and Laura Whitehorn, a colleague at RAPP, came up with that slogan one night while riding the subway, Whitehorn said in a telephone interview.

“Farid said, ‘We need a slogan, like Johnnie Cochran had,'” she recalled, referring to O.J. Simpson’s lawyer, who memorably told jurors in Simpson’s murder trial, referring to a glove, “If it doesn’t fit, you must acquit.”

Farid also advocated for more minority representation on the parole board. Gov. Andrew Cuomo ordered that it become more diverse after a New York Times investigation in 2016 documented severe failings of the parole system, including racism and understaffing.

Before these changes, about 25 percent of inmates eligible for parole were released; afterward, the rate nearly doubled.

Farid, who adopted his name in prison when he became a Muslim, was born William Howard Jr. on Sept. 3, 1949, in Richmond, Virginia. His mother, Revia (Lightner) Howard, was a nurse; his father was a truck driver.

In addition to his brother Randolph, Farid is survived by his mother and two sisters, Patricia A. Martin and Denise C. Howard. Another brother, Theodore, died almost a decade ago.

The family moved to Manhattan in the 1960s. Farid graduated from Theodore Roosevelt High School in the Bronx and became a printer.

In 1977 he fatally shot a man outside a Manhattan bar. The police, after arriving at the scene, said he had aimed his gun at them and tried to shoot, but that it had malfunctioned, according to court documents. His brother said in a telephone interview that to his dying day, Farid maintained that he had never aimed at a police officer.

While in prison, he earned four college degrees: an associate degree in business through the New York State Department of Corrections; a bachelor’s in arts and sciences from Syracuse University; a master’s in sociology from SUNY New Paltz; and a master’s in ministry from New York Theological Seminary.

He also counseled fellow inmates, learned sign language to help the hearing-impaired and helped start a program that educated inmates about HIV and AIDS.

Once he was released, “he’d get to the office at 7 a.m., work all day and go to social justice events at night,” Whitehorn said.

“He fought with every cell of his being for the people he left behind.”