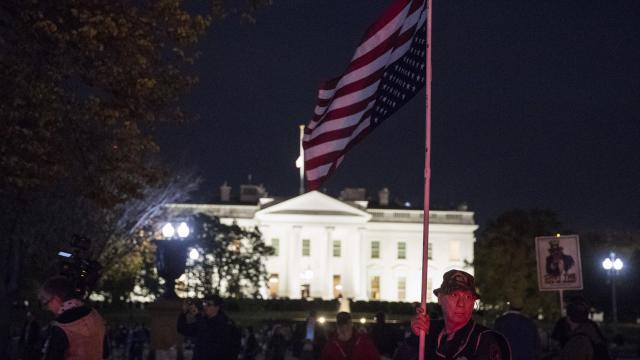 WASHINGTON — On Thursday, a top Justice Department official traveled across downtown Washington as he does every other week to the office of Robert Mueller to check on the progress of the special counsel’s investigation. The visit was the first since President Donald Trump installed a loyalist atop the department to take control of an inquiry that has been his obsession.

The new acting attorney general, Matthew G. Whitaker, will oversee the investigation as Mueller and his team make numerous critical decisions in the coming weeks: whether to indict more of Trump’s associates, whether to subpoena the president to force him to sit for an interview and whether to request leniency before a judge when Michael T. Flynn, Paul Manafort and other former Trump aides are sentenced.

Much is still unknown about how active a role Whitaker will play in overseeing the special counsel’s work. Rod J. Rosenstein, the deputy attorney general, has overseen it and sent a top aide, Ed O’Callaghan, to Mueller’s office every two weeks, according to a department official. But Trump’s firing of Attorney General Jeff Sessions and choice of Whitaker, who has a history of loyalty to the White House and a record of critical statements about Mueller’s work, created an uncertain future for an investigation that was thought to be somewhat protected from political influence.

New evidence emerged Thursday that Whitaker has already decided the answer to the central question of Mueller’s investigation. In an interview last year, first reported by The Daily Beast, Whitaker flatly pronounced, “The truth is, there was no collusion with the Russians and the Trump campaign.”

With no sign that Whitaker will recuse himself from overseeing the investigation, his evident hostility toward Mueller’s inquiry heightened fears among Democrats that he might try to sabotage it. At an appeals court hearing Thursday, a member of Mueller’s team emphasized that the acting attorney general directly oversees their work.

“He is aware of what we are doing. He can ask questions,” Michael R. Dreeben, one of the lawyers working for Mueller, said of Whitaker. “It is not the case that the special counsel is off in a free-floating environment.”

House Democrats have said they would vigorously protect Mueller’s investigation — or even try to continue a version of it after they take power in January if the Justice Department shuts it down.

In a conference call Thursday afternoon, House Democrats discussed steps they could take, according to one lawmaker who participated, speaking on the condition of anonymity to describe the internal discussion. The call was led by Rep. Nancy Pelosi of California, the Democratic leader, along with the senior Democrats on the committees with oversight responsibilities related to the inquiry: Jerrold Nadler of the Judiciary Committee, Adam B. Schiff of the Intelligence Committee and Elijah Cummings of the Oversight and Government Reform Committee.

Among the plans discussed, the lawmaker said, were a resolution to protect Mueller’s work, and efforts to insert language into must-pass year-end spending bills to insulate the investigation through judicial review and requiring critical documents be preserved.

“We will be scrutinizing any action taken to impede the Mueller investigation — and for the new acting attorney general, he needs to understand that we will keep an eye on any action that he or others might take to interfere with the administration of justice,” Schiff said.

He said that Democrats were keenly interested in learning whether Trump had sought a commitment from Whitaker not to recuse himself from the Russia investigation, regardless of potential advice of ethics lawyers.

Whitaker has appeared eager to please the president in meetings in the Oval Office, according to two people with direct knowledge of his visits there. During those discussions, they said, he appeared to agree with Trump when the president denounced the Mueller investigation.

On election night, as he watched returns come in showing that the Republican majority in the Senate was likely to expand, Trump appeared emboldened, according to people familiar with his discussions. He told close associates that he wanted Sessions’ resignation letter soon. Still, the speed with which he got it surprised some of Trump’s aides.

If Mueller exhausts all his efforts to get Trump to answer questions, he could seek to subpoena the president. If Whitaker orders Mueller to hold off and he complies, that could trigger a regulatory requirement that Justice Department officials notify Congress any time the department’s leaders reject Mueller’s requests to take significant investigative steps.

If Mueller were to defy Whitaker’s order and seek a subpoena anyway, Whitaker could try to fire him.

Before he joined the Justice Department last year to serve as chief of staff to Sessions, Whitaker suggested on CNN that the special counsel’s inquiry could be curbed simply by starving the office of funding. But doing so would be complicated.

Mueller submitted his budget months ago for the fiscal year that began last month, and Justice Department regulations required Sessions to act upon it. The inquiry is funded directly from the Treasury Department, not out of the Justice Department’s budget.

If Whitaker tries to steer the course of the investigation, he might find it easiest to intervene in cases where prosecutors have yet to seek criminal charges. Prosecutors often disagree about the strength of evidence and whether cases are winnable. While Rosenstein was said to be fairly comfortable deferring to Mueller, Whitaker might be far more willing to challenge his decisions on whether to prosecute someone. Mueller’s ability to act independently from his Justice Department overseers was a focus of Thursday’s appeals court hearing. At the start of that hearing — a challenge to a subpoena by a witness whom Mueller is trying to force to testify before a grand jury — Judge Karen L. Henderson told lawyers for both sides to talk as if the firing of Sessions had not yet happened.

But the court was clearly aware of the implications of Trump’s installation of Whitaker atop the Mueller investigation. Henderson said the panel of appellate judges was likely to ask lawyers for both sides to submit supplemental briefs about the move.

But Dreeben also suggested that as long as the regulation continues to protect Mueller, the acting attorney general could not overrule the special counsel’s decisions on routine actions within the Justice Department’s discretion, like granting immunity to a witness, making a plea agreement or issuing an indictment.