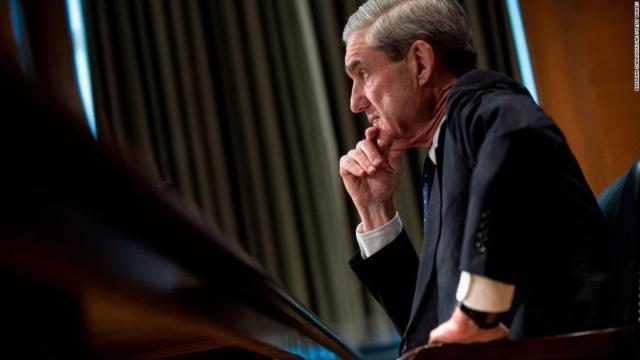 (CNN) — Former Trump campaign chairman Paul Manafort spoke to a federal grand jury last fall about his communications with Konstantin Kilimnik, including regarding an in-person meeting with the Russian associate and an email with him, special counsel Robert Mueller revealed Tuesday.

The 31-page filing gives an unprecedented window into Mueller's work with the grand jury, which is typically secret. It's also the first confirmation from prosecutors that Kilimnik is still central to the grand jury's efforts.

Based on recent filings from Mueller's team, Kilimnik appears to be at the heart of pieces of Mueller's investigation into Russian interference in the 2016 presidential election.

The special counsel kept more details about the meeting secret in its Tuesday filing, such as what the in-person meeting was about and when it took place. An accompanying document with about 70 exhibits is also mostly redacted.

Mueller's team has been redacting information in its recent court filings to protect other individuals and to keep secret its ongoing investigations, of which there are multiple still in the works. But the special counsel has not redacted Kilimnik's name.

Manafort left the Trump campaign later that month. Prosecutors previously accused him of sharing polling data related to the 2016 presidential campaign with Kilimnik, according to a Manafort filing last week.

Earlier Tuesday, Mueller's team and defense attorneys for former Trump campaign official Rick Gates said that once again the special counsel is not ready for Gates to be sentenced.

Gates was Trump's deputy campaign chairman at a time when the campaign had several suspicious communications with Russians or about Russia, including then-campaign chairman Manafort sharing polling data with Kilimnik, the Trump Tower meeting in June 2016 and the party's decision to change its platform regarding Russian intervention in Ukraine.

At the same time, the Russians' military intelligence hacked Democratic targets and facilitated the public release of stolen emails to damage Trump's opponents. Russians backed by a powerful oligarch also at that time allegedly ran a propaganda campaign on American social media sites to influence voters in a way that would help Trump.

The special counsel said it has "documentary evidence" that Manafort lied in saying he had no contact, direct or indirect, with the Trump administration.

Despite being heavily redacted, some details of the communications are discernable. Manafort tried to get people appointed to the administration at the start of Trump's presidency, according to Gates, and was talking to someone whose name is redacted through February 2018 when Gates pleaded guilty.

In May 2018, after he was indicted, Manafort was involved in some outreach to the administration that prosecutors accuse him of lying about.

In addition, prosecutors provided a more detail on a text between an unnamed person and Manafort asking if he could mention that he knew Manafort in conversation with the President.

Manafort responded "[y]es" and said it was okay to mention even if not just "one on one" with the President. Manafort's team has downplayed this as a meaningless interaction but prosecutors mention this was a matter discussed at the grand jury.

In a footnote, prosecutors say there are more contacts not mentioned in the filing.