Mueller Charges Manafort and His Russian Aide With Obstruction 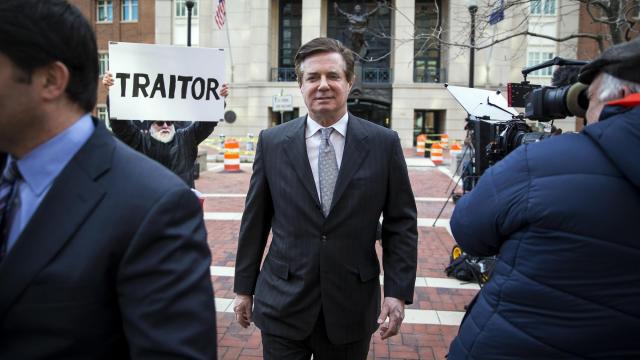 WASHINGTON — After months of oblique references to an unnamed Russian associate of Paul Manafort, President Donald Trump’s former campaign chairman, the special counsel identified the associate on Friday and charged both men with obstruction of justice.

The associate, Konstantin V. Kilimnik, is a Russian army-trained linguist prosecutors have accused of having ties to Russian intelligence.

The special counsel, Robert S. Mueller III, has not publicly sought to connect Kilimnik or Manafort to Russian meddling in the 2016 election, but Friday’s indictment of Kilimnik could carry symbolic significance nonetheless.

The charges are the first in Manafort’s case against someone accused of having ties to Russian intelligence. And they come as Manafort’s lawyers — and Trump and his allies — are arguing that Mueller has ventured beyond his remit of investigating Russian election interference.

Kilimnik, 48, served as Manafort’s right-hand man in Ukraine for more than a decade, working on behalf of the country’s Russia-aligned former president, Viktor F. Yanukovych, his party and its wealthy supporters.

Starting in 2005 as a translator for Manafort, who spoke neither Russian nor Ukrainian, Kilimnik assumed progressively more responsibility in Manafort’s business, eventually becoming the director of its Kiev operation. He also played an integral role in the creation and execution of a global lobbying and public relations campaign intended to defend Yanukovych against mounting international criticism for corruption, abuse of power and pivoting toward Russia.

The special counsel claims that the work yielded tens of millions of dollars in payments to Manafort, on which he avoided paying taxes through a scheme using offshore accounts. He is free on a $10 million bond while awaiting trial on charges of violating financial, tax and federal lobbying disclosure laws. He has pleaded not guilty to those charges.

On Friday, the special counsel’s team added to the list of charges Manafort faces, accusing him and Kilimnik of obstruction of justice and conspiracy to obstruct justice for trying to coach witnesses from whom the special counsel has sought information about the Ukraine lobbying work.

Kilimnik may never stand trial on the charges. He is a Russian citizen who associates say has been living in his home country, which has given little indication it intends to extradite 13 Russians charged by Mueller in February with meddling in the election to help Trump.

Mueller’s team had referenced Kilimnik in previous court filings, though not by name, as well as his close connection to Manafort and the claim that he has “ties to a Russian intelligence service.”

Kilimnik was formally investigated in Ukraine in 2016 on suspicion of ties to Russian spy agencies, but no charges were filed, according to Ukrainian government documents.

And in an interview last year with The New York Times, Kilimnik “vehemently” denied having ties to Russian intelligence, and characterized himself as “a random casualty because of my proximity to Paul,” referring to Manafort.

Manafort remained in contact with Kilimnik throughout the presidential campaign, when Kilimnik traveled to the United States to meet with Manafort. The men also traded emails in which they appeared to discuss ways to use Manafort’s position on the campaign for financial gain.

Even after Manafort was first indicted by the special counsel in October 2017, he continued communicating with Kilimnik, working with him on an op-ed defending Manafort’s work in Ukraine. The special counsel argued that the op-ed flouted a judge’s admonition against trying to use the news media to influence the case.

The project, which they referred to as the Hapsburg Group, ran from 2011 through 2014, and was funded with $2.4 million steered by Manafort from overseas bank accounts, according to prosecutors. It sought to recruit European politicians, such as Romano Prodi, the former prime minister of Italy and the former president of the European Commission, to vouch for Yanukovych in commentaries and meetings with government officials around the world.

The two former associates, for instance, helped arrange for Prodi to visit Washington in March 2013 to meet with key members of Congress, and they helped him draft and place an Op-Ed in The Times in February 2014, according to prosecutors.

But prosecutors say that Manafort and Kilimnik reached out to the two former associates to urge them to tell the special counsel’s team that the Hapsburg Group’s efforts consisted only of outreach in Europe and not in the United States.

The question of the geographic target of the Hapsburg Group’s activities is significant because any lobbying or public relations in the United States on behalf of foreign politicians, governments or companies would require disclosure with the Justice Department under the Foreign Agents Registration Act.

Manafort did not initially register under the act, and he is charged with lying to the Justice Department about his activities. Instead of engaging with Manafort or Kilimnik to coordinate their stories about the Hapsburg Group’s work, the two former associates turned on their former colleagues. The associates — who are not named by the special counsel, but whom three people familiar with the project identified as Alan Friedman and Eckart Sager — informed the special counsel of the outreach, leading to allegations of witness tampering and Friday’s obstruction charges.

Manafort’s allies said they had urged him to stop communicating with Kilimnik, who is known to associates as “K.K.,” because they fear that his communications are being monitored and that he is neither discreet, nor tactful.

“K.K. is one of the best interpreter and translators,” said Philip M. Griffin, a onetime employee of Manafort’s in Ukraine who hired Kilimnik in 1995 to work in the Moscow office of the International Republican Institute, a nonprofit based in Washington. “On everything else, he is a dumbass.”

Kilimnik did not respond to an email seeking comment. He had told associates in recent months that he was working with Sam Patten, a former official in the International Republican Institute’s Moscow office, on business in Kazakhstan.

Patten did not respond to a question about the work. He said that he did not believe that Kilimnik was working with a lawyer in relation to the special counsel’s investigation.

Lobbying records filed last year by Manafort’s firm show that it paid $531,000 to Kilimnik in 2013 and 2014 for “professional services” and overhead for running the Kiev operation, but that covers only a fraction of the time that he worked for Manafort.

The men continued to work together for a successor party to Yanukovych’s after he fled Ukraine in February 2014 amid protests of his government’s corruption and pivot toward Moscow, eventually arriving in Russia and effectively ending his presidency.