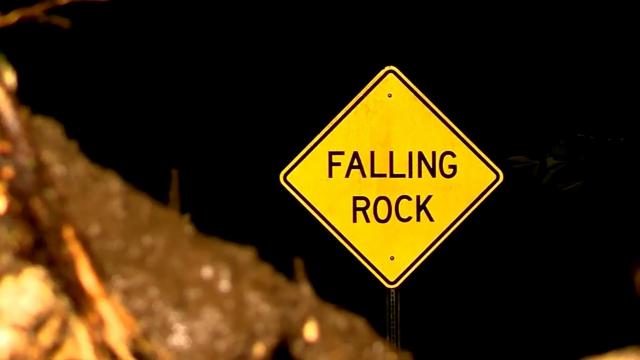 Bryson City, N.C. — A heavy rainstorm Saturday evening and four subsequent mudslides have closed U.S. 19/74 in the Nantahala Gorge through the night, and traffic is being detoured around the area.

A 2.8-inch deluge spilled debris into the road at four locations in the five miles between Hewitts Road on the western side and the Nantahala Outdoor Center on the eastern side.

N.C. Department of Transportation crews worked throughout the day Sunday to clear enough space for all vehicles located between slides to exit the gorge.

“This is unprecedented in the Nantahala Gorge,” Division 14 Engineer Brian Burch said. “We have engineers on site, equipment on site, and crews on site working with state highway patrol and local responders to help get people out as quickly and safely as possible tonight.”

The slides occurred between Ferebee Park on the western side of the gorge and the Nantahala Outdoor Center eight miles to the east.

"With a slide on each side of them, there was no place they could escape," said Swain County Sheriff Curtis Cochran.

“The road will not open tonight for through traffic, but we’ll get folks out,” Division 14 Maintenance Engineer Wesley Grindstaff said Saturday. “We will not know the entire severity of the slides until we have daylight on Sunday morning.”