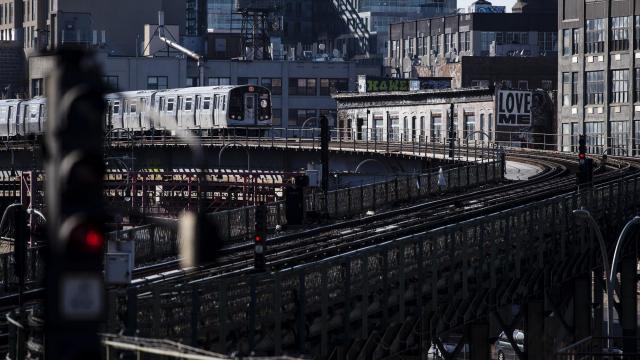 NEW YORK — The Metropolitan Transportation Authority is facing a looming budget crisis that could lead to major fare increases or drastic cuts to subway and bus service, officials warned Thursday.

The transit agency, which is still struggling to fix New York’s sputtering subway, needs an influx of new funding to avoid serious consequences for subway and bus riders, officials said.

Subway and bus fares are expected to rise in March, when the base fare could jump to $3. Without new revenue or significant service cuts, fares might have to rise by an additional 15 percent in the coming years to address the agency’s growing deficits.

“Until we can get sustainable additional revenue streams, we really have no choice but to look everywhere — including to our riders — to help us fill those holes,” Andy Byford, the subway’s leader, told reporters after a budget presentation to the MTA board.

The authority’s worsening financial picture comes after the abrupt departure of its chairman, Joseph J. Lhota, who resigned this month after Gov. Andrew Cuomo was elected to a third term. Cuomo, a Democrat who controls the authority, said during the campaign that he wanted to cancel the March fare increase because “the service is not what people deserve.”

On Thursday, Cuomo’s office declined to comment on the authority’s finances or his position on the fare increase.

The agency’s call for new funding does not include the cost of a sweeping plan to modernize the aging subway that could cost $40 billion over 10 years. Cuomo has urged state lawmakers to pay for that plan by approving congestion pricing, a proposal to toll drivers entering the busiest parts of Manhattan. But with the agency’s mounting challenges, it is likely that other revenue sources will also be needed.

The revelation over potential fare increases came the same week that Amazon was promised nearly $2 billion in incentives from the state to locate a headquarters in Long Island City, Queens. Cuomo and Mayor Bill de Blasio courted Amazon and have celebrated the decision, but the incentives have been widely criticized by local leaders.

The authority appears to be in its worst financial shape in a decade. Facing budget shortfalls after the 2008 recession, major fare increases and service cuts were approved. In 2010, the price of a monthly MetroCard jumped by 17 percent to $104 a month. It is now $121. The agency has raised fares every two years at a relatively modest rate as part of an agreement with the state Legislature.

The latest deficits were caused in part by declining ridership, which has led to lower revenue projections, officials said. The decline is worrisome because it is happening as the city’s population is increasing and tourism is booming.

Officials blamed the drop on competition from Uber and other ride-hailing apps, and on night and weekend closings for construction work that are needed to fix the system. Some riders, fed up with constant delays, have simply abandoned the subway.

The authority’s board is considering two options for fare increases of about 4 percent in March: The first would keep the base fare at $2.75, but end the bonus for buying a pay-per-ride MetroCard; the second would increase the base fare to $3 and double the bonus to 10 percent. A weekly pass would rise to $33, up from $32. A monthly pass could increase to $127, up from $121.

At the same time, tolls on MTA bridges and tunnels could increase by 8 percent for E-ZPass users. At the Verrazzano-Narrows Bridge — already one of the country’s most expensive crossings — where tolls are collected only when entering Staten Island, the E-ZPass toll could rise to $12.44, up from $11.52, and the toll via mail could increase to $19, up from $17.

The board will vote in January about whether to raise fares and tolls in March and by how much. Some transit advocates have said the fare increase should be canceled because service is so unreliable. They are urging Cuomo to instead pass a comprehensive transit funding plan in Albany with congestion pricing at its core.

“Riders have been paying more every two years for almost a decade,” said John Raskin, executive director of the Riders Alliance, an advocacy group. “But in that time, public transit service has deteriorated.”

Lhota returned to the authority last year to help fix the failing subway. But he soon faced questions over potential conflicts of interest and outside jobs.

Cuomo announced Lhota’s departure last week, even though last month Lhota had responded to questions about whether he was leaving by saying that his term ended in 2021. Cuomo praised Lhota in a recent radio interview and said Lhota had never planned to stay in the job for long. “The original understanding was he would just help out for a period and then do his substantial work that he’s doing in the private sector,” Cuomo said. “He fulfilled that commitment to me.”

Asked why Lhota resigned so quickly — just before the debate over fares — the authority’s acting chairman, Fernando Ferrer, joked that Lhota had left him in a difficult situation.

“It reminds me — I have to include something very special in his stocking for the holidays,” Ferrer said.

On Thursday, Byford said he would continue to press state and city leaders for new funding and wanted to avoid severe cuts to subway and bus service.

“We don’t want to go down this route,” Byford said. “It’s anathema to me.”