MoviePass, Rattled by a Rough Year, Tries to Change Its Ways 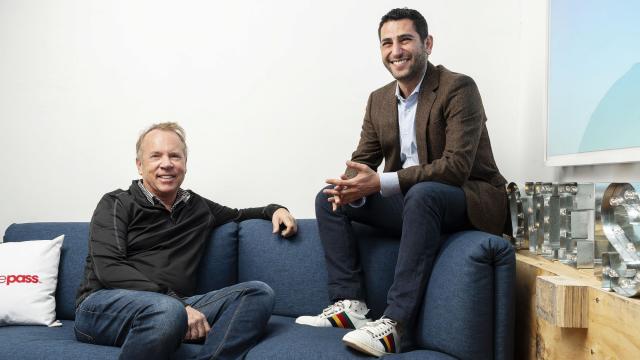 LOS ANGELES — The last year has been a roller coaster with 20 loops for MoviePass and its customers.

The fast-growing subscription service for movie tickets spent months insisting that it was not running out of money despite evidence to the contrary. That emergency loan to keep operating? All part of the plan. That auditor’s report about escalating losses? Ignore it. Abrupt changes in service — some movies are restricted, now they’re not — arrived without warning or explanation.

Now, MoviePass is asking for forgiveness and hoping to move forward by unveiling a three-tiered pricing structure that takes effect on Jan. 1. As part of the course correction, Mitch Lowe, the company’s chief executive, will turn over day-to-day operations of the company to Khalid Itum, an executive vice president at MoviePass. Lowe, a former Netflix and Redbox executive, will keep his title and instead focus on long-term strategy.

“I don’t believe that today people trust the MoviePass brand,” Itum said in an interview at a MoviePass office in West Hollywood. “We have to earn back that trust. And we’re going to earn it back not by spending on marketing but by fixing the product.”

Itum, describing himself as a movie buff who recently went to see “Boy Erased” in a theater by himself, insisted that MoviePass had taken to heart “the good, the bad and the ugly” of the past year. “We need to be empathetic and think about our members — what it’s been like for them to be whiplashed and wake up one day and this is different and now this is different,” he said.

Lowe added: “The way we have been going about this is not the right way. We listened. We reassessed.”

MoviePass struck a nerve in August 2017 when it began offering an eye-popping deal. For $10 a month, members could see a movie a day in theaters, including new releases, 365 days a year. To a degree, the plan depended on traditional subscription economics: more people pay than actually go.

Within months, 3 million people had signed up — far more than Lowe had anticipated — pushing MoviePass to the brink. In August, the company reduced the number of movies that subscribers could see to three a month and restricted the films to a rotating list.

Starting in January, MoviePass will offer three plans. Each offers members three films a month, or up to 36 movies a year.

The basic plan, Select, will cost $10 to $15 based on where in the country subscribers live. (Ticket prices are generally much cheaper in smaller cities than in big ones.) Members will not have access to 3D screenings and the selection of films will be limited to certain titles on certain days.

The next tier, All Access, will cost $15 to $20 and carry no restrictions on film selection beyond 3D screenings. Red Carpet plans, costing $20 to $25, will include one Imax, 3D or other large-format screening a month.

To spur interest, MoviePass will begin selling All Access and Red Carpet packages Thursday at a reduced “holiday” rate.

Lowe and Itum said they hoped the new structure would reverse a decline in subscribers — MoviePass has acknowledged erosion but not to what degree — and allow the company to attract additional investors.

In the meantime, money to operate in the long term remains an issue. Helios and Matheson Analytics, which owns MoviePass and trades on the Nasdaq exchange, said in a securities filing last month that it had only $6.2 million in cash on hand and about $23.3 million on deposit held by credit card processors. Helios and Matheson’s stock price has been trading at such low levels — it closed at about 2 cents Wednesday — that the company is danger of being delisted.

It is also facing investor lawsuits and an investigation by New York Attorney General Barbara Underwood about whether it misrepresented its finances. “We believe our public disclosures have been complete, timely and truthful,” the company said in a statement. Founded in 2011, MoviePass trundled along for years without incident by charging $50 a month, later lowered to $35.

Under its business model, theaters get paid full price for every admission. People who sign up receive a membership card that functions like a debit card. When members want to see a movie, they use a MoviePass smartphone app to check in at the theater. The app instantly transfers the price of a ticket to the membership card. Members in turn use the card to pay for entry. It all works independently of theaters, sometimes to their chagrin.

In 2017, Lowe and Theodore Farnsworth, chief executive of Helios and Matheson, took over MoviePass and drastically cut subscription prices.

More than 1 million people signed up in four months. Membership kept growing, passing the 3 million mark in June, and simple economics kicked in. MoviePass was shelling out more for tickets than it was taking in from subscriptions.

MoviePass had hoped to make money by striking bulk ticket pricing partnerships with theaters, charging studios fees to promote new films to members and perhaps even getting theaters to share a slice of concession revenue.

But the big theater chains and many studios recoiled.

“Unlimited movies in theaters for $9.95 was offensive to them because they thought it devalued their product,” Itum said.

Itum and Lowe said they expected studios and theater owners to be more amenable to the new plans. Part of their new strategy involves teaming with theater owners to help fill multiplexes during off-peak times.

“If there is anything we’ve learned,” Lowe said, “it’s to be a good member of the ecosystem.”