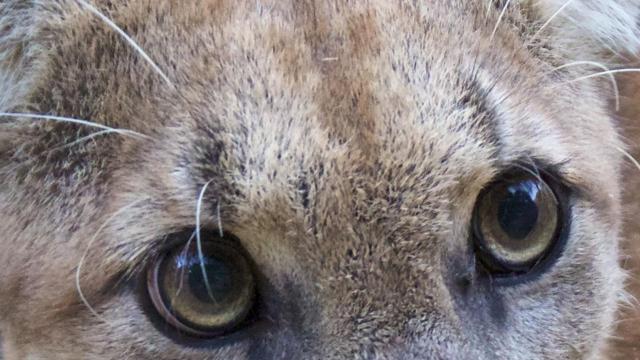 On the morning of Nov. 9, a wildfire broke out of a small area outside Los Angeles, jumped Highway 101 and ignited the jagged hills of the Santa Monica Mountains. In its fiery path were thousands of homes and residents, and a mountain lion named P-74.

It was the last day P-74 was seen alive. While the wildfire, known as the Woolsey Fire, raged through the slopes and canyons over the next two weeks, scorching over 1,500 buildings and killing three people, park rangers in the Santa Monica Mountains searched for GPS signals from about a dozen mountain lions constantly tracked there. All of them were eventually located alive except for P-74, a roughly 1-year-old male and the newest member of the group.

On Monday, rangers in the Santa Monica Mountains National Recreation Area, a vast area of trails and parks on federal land overlooking the Pacific Ocean, confirmed what they had feared was true: P-74 likely died in the blaze. His GPS collar last sent a signal at 1 p.m. Nov. 9, but failed to register at the next automatic check-in, at 5 p.m. that same day.

“We never got another point after that,” Seth Riley, the wildlife branch chief at the recreation area, said in an interview Tuesday. “The fire came through that evening in his area.”

With the help of firefighters, Riley and other park officials searched the seared terrain, including the exact area of P-74’s last known location, for any signs that he survived. But they came up with nothing, leading Riley to conclude that P-74 was trapped in the fire and his collar destroyed.

No other animals that are tracked by rangers, including coyotes and four bobcats, were believed to have died, he said.

The Woolsey Fire engulfed a swath of subdivisions and wildlife in the hills above Malibu, charring nearly 97,000 acres by the time firefighters were able to contain it Wednesday. A separate wildfire in Northern California, the Camp Fire, roared during the same period and has killed at least 88 people, though it was contained Sunday. While many people lost homes, the Woolsey Fire also devastated the delicate urban habitat home to an estimated 10 to 15 mountain lions in the Santa Monica Mountains.

The Santa Monica Mountains National Recreation Area stretches about 154,000 acres in northwest Los Angeles County and is largely defined by Highway 101 to the north and the Pacific Ocean to the south. The imposing boundaries trap wildlife in the area and make it nearly impossible for newcomers to enter.

About half of the park’s natural area burned, destroying vegetation and small animals that could not outrun the fast-moving fire and smoke, Riley said. The region’s population of wood rats was hit particularly hard, because they naturally retreat to their nests made of sticks when threatened.

The animals that did survive had to flee to the fertile and habitable areas that remain. Park rangers are closely monitoring how they adapt and survive in what is one of the largest urban wildlife areas in the world.

“It’s an interesting and massive experiment,” Riley said. “You eliminate the natural habitat from half of it, and then what is going to happen?”

While the site became a national recreation area in 1978, the park did not begin to track the mammals there until the 1990s, starting with bobcats and coyotes. In 2002, rangers started to trap mountain lions, affix GPS devices to them and map their movements.

The latest addition to the group was P-74, who wandered into a cage in mid-September that park rangers had set up with the remains of a recently killed deer. With his GPS collar attached, P-74 was spotted about a month later with a female mountain lion believed to be his mother.

Park rangers do not know whether that female, which did not have a GPS collar, also died, Riley said. While all the other mountain lions with collars survived, rangers are still concerned about the health of one male named P-64, perhaps the most adventurous member of the group. Riley said that P-64 had found a safe way to travel between parts of the park separated by the busy Highway 101: through a narrow, dark tunnel under the highway.

Since the Woolsey Fire, the GPS collar on P-64 has indicated that he is moving around but only in a several-hundred-yard area in the Simi Hills. For cats that travel more than 1 mile in a day, the lack of movement is concerning, Riley said.

A park biologist was expected to visit the area of P-64’s last location soon. The mountain lion, which was captured and tagged in February, could have been injured.

“Clearly he survived the fire, but we are not sure what he is doing since then,” Riley said. “We have some concerns.”