Motorcyclist injured after being hit by van in Raleigh 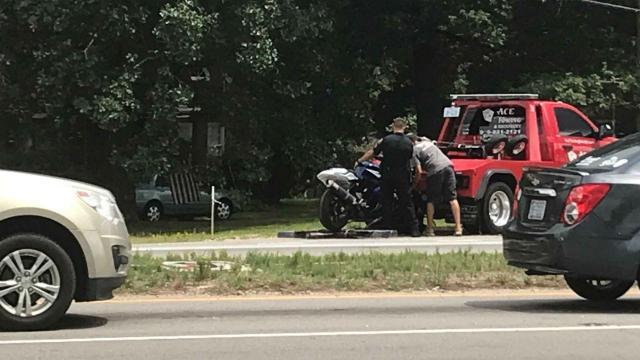 Raleigh, N.C. — A motorcyclist from Clayton was injured after being hit by van on Saturday in Raleigh.

Raleigh police tell WRAL that Brandon Simonson, 25, of Clayton was riding a motorcycle in the left lane on Fayetteville Road heading into Raleigh. Officials said Marilyn Marshall, 84, of Garner, was driving a van southbound on Fayetteville Road and failed to yield the right-of-way to Simonson as he was turning left onto Maxwell Drive.

Simonson suffered a broken femur, pelvis, tibia and fibula, all on his right side of body. He was transported to WakeMed Hospital. Marshall was charged with failure to yield right away. Nobody in the van was injured.