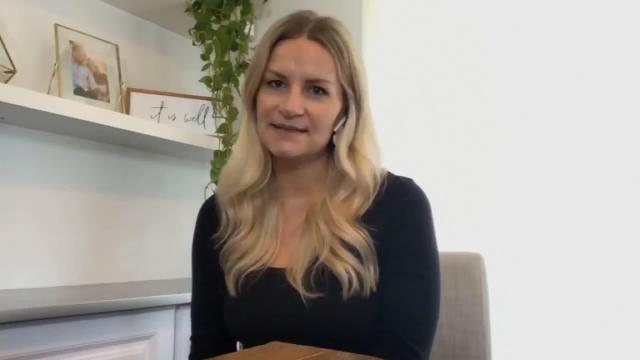 Angela Primachenko finally cradled her precious baby in her arms. The 27-year-old was put into a medically induced coma when she was 34 weeks pregnant, days into her battle with coronavirus. 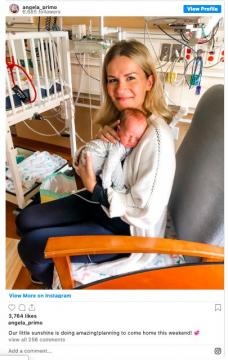 When she woke up, her baby girl, Ava, was 5 days old, but she couldn't hold her just yet until she tested negative for coronavirus. She finally did Wednesday, and said she broke into tears when her daughter was placed in her arms.

"Crying right now," she posted on Instagram. "Our little sunshine is doing amazing!"

Primachenko lives in Vancouver, Washington, a state that made headlines when the coronavirus epidemic started in the United States. It's where the country's first coronavirus case was announced on January 21, where the first death nationwide occurred, and where dozens died at a nursing home at the beginning of the pandemic.

Like many who have caught the coronavirus, the respiratory therapist's symptoms began with a cough that escalated to a constant fever, she recalled.

"She knew the risk," said Oksana Luiten, her twin sister. "She took every precaution."

Her family encouraged her to get tested, and in the two days she waited for the result, she progressively got worse. It was positive.

"Being a respiratory therapist -- just being a human, I guess -- I knew I couldn't keep breathing the way I was and survive," she said.

On March 26, she went into the ICU of the hospital that employs her, her sister said. Three days later, she was put on a ventilator -- the same machine she's used on patients numerous times.

"When you're that sick, you're just fighting for your life," Primachenko said. "My focus wasn't on fear; it was just on getting through it."

As she lay comatose in her hospital room, her medical team had an hourslong meeting to decide how to handle her pregnancy. Her doctors suggested they induce labor to give her lungs more space and her body more nutrients, according to her sister.

"We were actually scared we were going to lose our sister that day," Luiten said. The twins are two of 10 siblings.

But the next day, she turned a corner and left the ICU. As her bed wheeled down the hall, medical staff clapped and cheered, a video she posted on social media shows. Behind a white face mask, she smiled.

She went home to her husband and their 11-month-old daughter, Emily, but Ava remained at the NICU until Primachenko tested negative for the coronavirus.

Ava's going home to her family this weekend, she said.