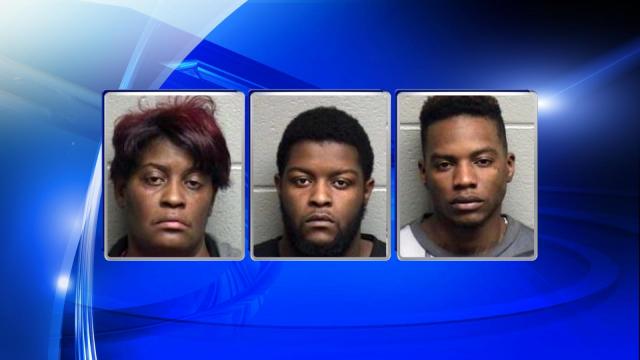 The Durham County Sheriff’s Office said two men and one woman wearing masks entered Beach Bingo at about 8:30 a.m., armed with a handgun.

Deputies said the three people stole more than $1,900 in cash before fleeing the scene.

A surveillance video from the scene captured the license plate of the getaway vehicle, which allowed deputies to quickly arrest Thomasenia Peaks, 47, and her son, Jarod Carter, 25, both of Durham, after their vehicle returned to an area near the crime scene, authorities said.

Several hours later, authorities executed a search warrant on the home of a third suspect, Bernardo Suitt, Jr., 24, of the 2200 block of Fitzgerald Avenue. The search revealed two handguns, one of which had been reported stolen in Harnett County, 16 marijuana plants valued at $80,000 and other evidence linking all three people to the robbery.