Southern Pines, N.C. — The mother of a young, pregnant woman found dead in Southern Pines is mourning the loss of her daughter and unborn grandchild and wondering who is behind the crime that police on Tuesday called a double homicide.

“Why did you take my baby? Why was she left alone to die there by herself,” Ebony Gomez asked. 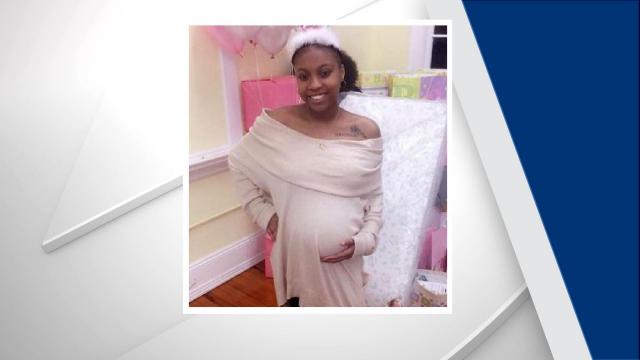 Aiyonna Clarice Barrett, 18, was discovered around 8 p.m. Sunday inside a car on a dirt road near South Gaines Street, police said. Police have not said how she and her unborn child died.

Barrett, who started the year as a senior at Richmond Senior High School in Richmond County before transferring to Southern Lee High School in Sanford, had big dreams and a great personality. She was set to graduate in June.

"She was 18, but her maturity was just ... she had it set up to where she'd be at her own place. She had a car. She was working. She'd enrolled in community college," Gomez said.

Gomez said she could not wait to meet her little "jelly bean."

"They took what was supposed to be such a beautiful moment, a blessing to this family, and ripped it apart," she said. "My daughter didn't just die. Her life was taken in a brutal way."

"She definitely had a glow. She was always a light-spirited person," said Barrett's sister, Brianna Gomez. "She was smart, funny, she was outgoing."

Now, they are left trying to hold on to the happy memories.

“She was just a wonderful child. Everyone who met her, she would light up the room when she walked in,” said Barrett’s aunt, Operdealla Wilborn. “She was just a beautiful girl, beautiful heart and beautiful spirit.”

In information released about the crime, police described Barrett's unborn child as "full term." Photos on Facebook showed her baby bump, and friends said her child was due in early May.

After upgrading the investigation from a "suspicious death" to "homicide," police said no additional information would be released.

Authorities said they do not believe Barrett's death was a random act of violence, and there is no known threat to the community.

"At this time, there is no indication that that there needs to be any heightened concern for the community, and we are not asking that they change in their daily lifestyles,” Temme said.

As police investigate, loved ones are taking it one day at a time.

“Life is too short. You never know when you wake up in the morning what is going to be. You just don’t know,” Wilborn said.

The Southern Pines Police Department is asking anyone with additional information about the incident to call them at 910-692-7031 or Crime Stoppers at 910-693-4110.