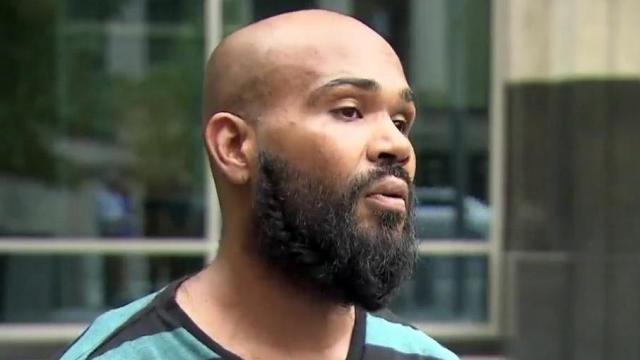 Raleigh, N.C. — The cases against three law enforcement officers charged in the April beating of a Raleigh man have been continued until next month.

Officers were responding to reports of a man with a gun yelling at passing cars near the intersection of North Raleigh Boulevard and Yonkers Road on April 3 when they confronted 29-year-old Kyron Dwain Hinton.

Video from dashboard and body-work cameras from officers that night show State Highway Patrol troopers and Raleigh police officers initially surrounding an intoxicated Hinton in the middle of the street.

When Broadwell arrives with his K-9, Loki, he immediately puts the dog in the middle of the confrontation.

"Get on the ground or you're gonna get bit," Broadwell yells to Hinton three times before ordering Loki, "Get him, get him, get him."

Dashcam videos show Broadwell hitting Hinton as Loki takes him to the ground.

During the ensuing scrum with several officers, one officer is seen kicking Hinton, while another can be seen punching him as he refuses to give in to law enforcement. No gun was found on or near him.

Two troopers are on paid "investigatory leave," but the agency needs to have any extensions beyond 30 days approved.

After a brief court hearing Monday in which the cases were continued, Hinton's mother, Vicki Hinton, said she was confident all three officers would be convicted.

"I have cried, but now I am stronger, and I know justice will be served," Vicki Hinton said. "I'm a mother, but I can think of fathers and everybody – I'm just going to say it, especially black people or especially consumers – we need justice, we need freedom, we need equality and, God knows, we need equity."

Kyron Hinton has admitted that he had been drinking and was on drugs that night before his encounter with law enforcement, saying he was having a crisis.

He exhibited a similar crisis on June 3, when he called 911 to report a shooting that never occurred and had to be taken by ambulance for medical treatment.

A video of that encounter shows Wake County deputies and paramedics trying to calm a distraught Hinton, who was later cited with assault on a law enforcement officer after he allegedly kicked a deputy.

Hinton cried out several times that he thought authorities were trying to beat him or kill him.