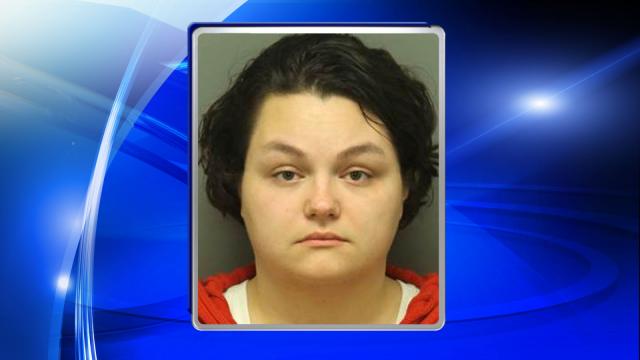 Raleigh, N.C. — A Raleigh woman whose husband is charged with trying to drown their children in September has been arrested on child neglect charges related to that incident.

Ashley Lassiter, 27, of 3142 Exacta Lane, was charged Friday with two counts of negligent child abuse resulting in serious physical injury, She was being held in the Wake County jail under a $100,000 bond.

Warrants state that Lassiter "did show a reckless disregard for human life" by allowing her husband to be around her children.

Wake County officials ordered her last spring to put a "safety plan" in place to keep her three children away from Alan Tysheen Eugene Lassiter following allegations that he was having inappropriate sexual thoughts about children, as well as suicidal and homicidal thoughts.

Although Alan Lassiter was receiving mental health treatment, counselors said it wasn't consistent enough and that he told them that he didn't think the treatment could ensure the children's safety if he were around, according to a report from Wake County Human Services.

Ashley Lassiter repeatedly told counselors that the children remained solely in her care and that she would keep them away from their father. Yet, authorities said, she failed to obtain a domestic violence protective order as instructed because, she told them, that he was living in Durham and wasn't a threat to the family.

Wake County Human Services said its investigation determined that Alan Lassiter had been living with his wife and children since April and that Ashley Lassiter had allowed him to take the children to Durham on Sept. 20.

That night, Alan Lassiter called 911 to report that his children were drowning. He told the dispatcher that he was having issues with pedophilia and had sought help from Child Protective Services, and the decision to remove his children from his care drove him to the drowning attempt.

An off-duty Durham County deputy pulled Lassiter's two daughters from a pond at the Audubon Lake apartment complex in Durham. The girls' 7-year-old brother had escaped and ran for help, police said.

Alan Lassiter, 29, is charged with murder and two counts of attempted murder in the case. He is being held without bond in Central Prison, following a suicide attempt at the Durham County jail.