Garner, N.C. — Officials were surprised to find a 19-year-old and her newborn baby inside a car that led officers on a high-speed chase on N.C. Highway 42.

According to the North Carolina State Highway Patrol, a trooper tried to stop a silver Mercedes for a "minor traffic violation" late Saturday just before midnight in Johnston County in the Cleveland area.

Officials said the driver ignored the trooper and attempted to flee. The car crashed into a concrete median around N.C. 42, blowing out both right side tires, before crashing a second time into a ditch near Cornwallis Road then catching fire. 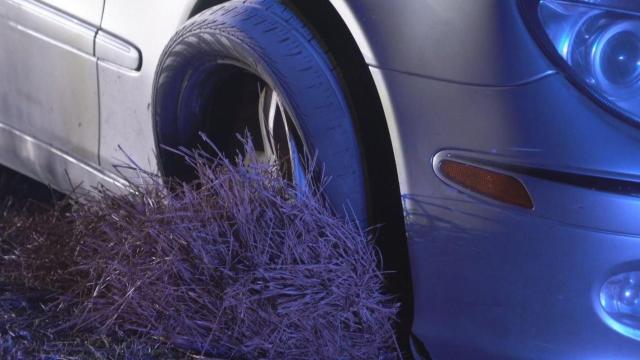 The driver fled the scene on foot. Troopers and a K-9 unit searched for the suspect, who is still on the loose, for over an hour.

Officials said a second trooper extinguished the flames and found the mother and baby in the back seat of the car. They were both uninjured.