Mother: Man killed by Raleigh officer was 'petrified of police'

Raleigh, N.C. — The mother of a man who was killed last week by a Raleigh police officer says he loved everybody – but was scared of the police.

Keith Dutree Collins, 52, was shot multiple times on Jan. 30 after Senior Officer W.B. Tapscott responded to a report of man with a gun at a shopping center off Glenwood Avenue.

A preliminary investigation by Raleigh police determined that Collins ran from Tapscott along Pleasant Valley Drive and then pulled a gun from his waistband. Tapscott first fired four shots, and then three more when Collins, now on the ground, again pointed the gun at the officer, according to a police report.

Tapscott, taking cover behind a utility pole, fired four final shots at Collins as he tried to get up from the ground, the report states. 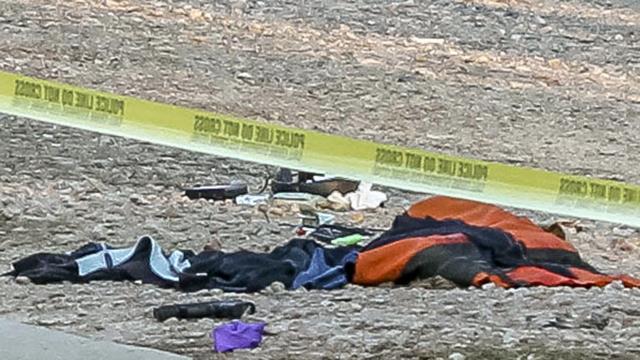 "I cannot understand or fathom why the police would shoot him down like that," said Collins' mother, Gloria Mayo. "I can't, I can't, I just can't get over it."

The shooting occurred less than a half-mile from the apartment where Collins lived with Mayo and his stepfather, Frederick Mayo. Collins was mentally and physically disabled, they said.

"He had disabilities, he had challenges and he loved everybody," Gloria Mayo said. "There's nobody that did not like Keith."

"[He was a] very loving person," Frederick Mayo added.

The gun found near Collins at the shooting scene turned out to be a BB gun.

Collins' mother said he had just purchased the gun at Walmart, noting that he had a fascination with being a security guard. But she said he would never have confronted a police officer.

"He's petrified of the police," she said.

A police representative said that the BB gun looked like a handgun, and Tapscott had no choice but to shoot Collins because he saw him as a threat.

But Gloria Mayo, like some community activists, questions the need for Tapscott to fire 11 shots.

"To shoot anybody that many times, and they're on the ground, and you're going to shoot them some more, I don't see that," she said.

Raleigh police tried to release video from Tapscott's body-worn camera publicly to show the encounter, but Superior Court Judge Rebecca Holt blocked dissemination of the video after the family requested that it not show up on television or online.

"There's no way a mother could watch that, watch her son get shot that many times. It was bloody," Frederick Mayo said.

Tapscott has been placed on administrative duty pending the outcome of a State Bureau of Investigation review of the shooting. Raleigh police also are conducting an internal investigation to determine whether any policies or procedures were violated.

Wake County District Attorney Lorrin Freeman said it could be two months before she gets the SBI report on the shooting and can determine whether it was justified.