Most of California Locks Down Again as Coronavirus Strains Hospitals 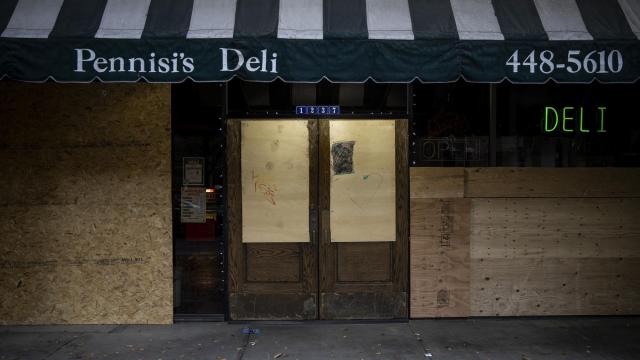 MORAGA, Calif. — Most of California was on lockdown Monday as two vast regions, Southern California and the heavily agricultural San Joaquin Valley, reached a serious enough shortage of hospital beds to trigger new restrictions set by the state to slow the spread of the coronavirus.

California is averaging 21,000 new known cases a day, twice as many as the state was reporting at its worst point this summer and by far its highest levels of the pandemic.

Some of the underlying reasons for the state’s surge have resonance for the nation as a whole. The notion that a state government could control the movements of 40 million people — a radical idea when California became the first state to introduce a lockdown in March — was perhaps optimistic in a society that puts so much stock in personal liberty.

As the United States reached 15 million coronavirus cases and neared 300,000 deaths, other states were scrambling to contain the spiraling health crisis. With the daily death reports Monday, the nation surpassed its highest seven-day average of the pandemic, breaking the average of 2,232 set in April.

In New York, Gov. Andrew Cuomo on Monday announced new criteria for rolling back the state’s reopening and reintroducing shutdown restrictions by region.

The New York state Department of Health will use hospitalization rates as thresholds for a shutdown and for restricting indoor dining, which Cuomo said could be barred in New York City as soon as Monday. “If you’re going to overwhelm the hospital system, then we have no choice but to go to close down,” he said.

With a stockpile of half a billion face masks and months of relatively strict social distancing mandates, California counted itself among the most aggressive states in combating the coronavirus. Yet the virulence of the pandemic, in which the virus exploits even the slightest missteps, has begun to overwhelm America’s richest and most populous state.

In San Diego, nine of 112 intensive-care beds are unoccupied at a university medical center, illustrating an alarming trend across Southern California. More than 10,000 COVID-19 patients are now hospitalized in the state, more than 70% above what it was two weeks ago.

That a state where masks are widely accepted finds itself in such dire straits is confounding to residents, who felt they had a leg up on parts of the country that resisted the advice of public health officials. That the virus soared back is a cautionary tale, a sign that California let down its guard.

“You go from thinking, like, ‘Oh, I don’t know anyone that has it,’ to in the blink of an eye, everyone you know has it, and you have it,” said Janet Rodriguez, a resident of Pico Rivera, outside Los Angeles, who believed she became infected at an outdoor meal with friends.

During the last few months, even as public health experts and politicians urged people to remain vigilant, not everyone was on board, Rutherford said. Thanksgiving travel, he said, was a clear example.

“Nationally, usually 2.8 million people travel on Thanksgiving and that was down to 1 million this year. That’s a million too many. So you can see people are trying, but it’s just not enough.”

Already, he said, an acceleration in cases was being seen from that period. In California, the overarching story throughout the pandemic has been of a state that by dint of its population has huge numbers of cases. On a per capita basis California has fewer cases than 40 other states, but its overall numbers are jarring: 1.3 million and counting.

Northern California has managed to maintain very low case and death rates compared with other parts of the country. San Francisco has reported 164 coronavirus-related deaths.

But even with per capita case totals in San Francisco that are one-fifth the level of states such as North Dakota or South Dakota, officials in the city are feeling the strain of the current surge. A month ago, the city’s contact tracers, whose job it is to connect with everyone an infected person may have come into contact with, were reaching 90% of contacts. Now, they are calling closer to 70%.

And because California has fewer hospital beds per capita than all but two states, it takes less to overwhelm the state’s health infrastructure.

Even before the new restrictions came into effect in parts of the state Monday, counties in the San Francisco Bay Area announced last week that they would voluntarily take on the new limits.

The restrictions require closing indoor dining, playgrounds, hair and nail salons, zoos and wineries. The relatively few schools with in-person classes are allowed to stay open, and shopping centers and supermarkets can receive customers but must operate at no more than 20% capacity.

“It’s easy to say a lockdown’s the right thing to do, but the lockdown is going to affect personal care salons, retails down to 20%, zoos are closed,” said Dr. Chris Longhurst, the associate chief medical officer at the University of California, San Diego, Medical Center, where 8% of intensive-care beds remain available. “Will that make a difference? It’s hard to know for sure.”

On Monday, Gov. Gavin Newsom said the state was rolling out a new app, developed in partnership with Google and Apple, aimed at helping track and slow the spread in the state. The app allows those who choose to take part to be notified if they have potentially been exposed to someone who has tested positive for the coronavirus.

Other parts of the world have used such technology to track the virus, but critics suggested that the California effort was limited, coming months into the pandemic and being offered on only an optional basis, to residents who choose to take part.

Newsom and other California leaders have often said that the fate of the virus depends on individual decision-making. For Rodriguez, the Pico Rivera resident, her habits shifted as the months wore on, she said. As California locked down early on, in March, she was exceedingly cautious and stopped seeing her friends and extended family, she said.

But as months passed, Rodriguez became restless. She started taking outdoor trips she thought were harmless: hiking with her friends while wearing a mask and riding her bike to visit her older sister’s family on their porch.

“Slowly we started feeling more comfortable to be around each other,” Rodriguez said. “A narrative I would keep telling myself is that I don’t know anyone who has gotten sick.”

Her social group — friends she would spend time around without masks — gradually ballooned to 10. And on her 28th birthday, in November, Rodriguez went out to lunch with three friends, including one who had received a negative test result that day.

But the friend later tested positive, Rodriguez said, and soon Rodriguez was experiencing headaches and had lost her senses of smell and taste.

Rodriguez tested positive, as did Rodriguez’s father, who is diabetic. Both have mostly recovered although Rodriguez still struggles to taste food.

For Rodriguez, it was apparently a meal at a restaurant. Others have pointed to other sources of their infections: trips to the gym, work at food-processing plants, family gatherings.

Dr. Kirsten Bibbins-Domingo, the vice dean for population health and health equity at the School of Medicine at the University of California, San Francisco, described an impulse to “play the blame game” and figure out distinct sources of spread. But she said doing so was not particularly productive right now.

“We don’t have the data to pinpoint with any type of accuracy whether it’s this versus that,” Bibbins-Domingo said. “It also misses the point that once the transmission goes up as high as it is, we basically just have to lock down.”