Most appellate court races will wait until fall 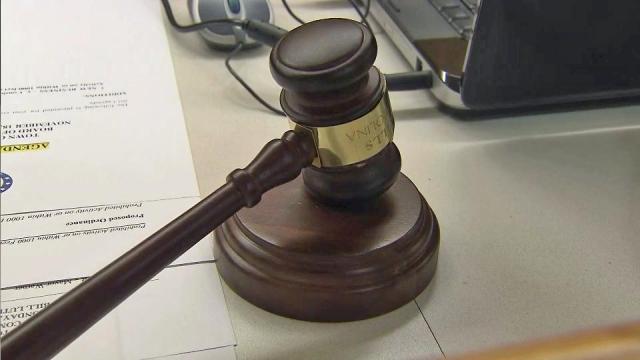 Raleigh, N.C. — Four state Supreme Court races and three Court of Appeals races will be on the ballot this year, although most of those will wait until the General Election.

Court races are putatively nonpartisan, although the political affiliations of judges are often well known, and parties often support a specific slate of candidates. Because those races are nonpartisan, the state holds a primary only if more than two people file for the same seat. All voters are able to make a selection in the primary.

This year, the race for the seat currently occupied by incumbent state Supreme Court Associate Justice Robin Hudson will be the only statewide judicial race on primary ballots.

Hudson, a Democrat, is a former Court of Appeals judge who was elected to an eight-year term on the state Supreme Court in 2006. Two others have filed to run against her. Eric Levinson, a Republican from the Charlotte area, is a Superior Court judge first appointed by Gov. Bev Perdue. Jeanette Doran, a Republican from Raleigh, has been director of the North Carolina Institute for Constitutional Law, a think tank that sometimes pursues lawsuits on issues relevant to how the state constitution is interpreted.

The primary will narrow the field to two candidates, who will then go on to the General Election.

The other state Supreme Court races are:

Chief Justice Sara Parker will retire this year, leaving her seat open. Mark Martin, a Republican currently sitting as an associate justice on the Supreme Court, will face Ola Lewis, a Republican Superior Court judge from Brunswick County. In addition to deciding cases, the chief justice is also the top administrator of the state court system.

With Martin running for chief justice, his seat is open. Two Court of Appeals judges are running to replace him. Bob Hunter is a Republican, Sam Ervin IV is a Democrat.

Associate Justice Cheri Beasley, a Democrat and former Court of Appeals judge, is running to keep her seat. She was first appointed by Perdue in 2012 and will face Mike Robinson, a Republican trial attorney from Winston-Salem.

In addition, three Court of Appeals races will be on the ground this year. The appeals court is typically the first to hear appeals from District Court or Superior Court. The races for this court include:

Incumbent Donna Stroud faces no registered opposition in her re-election bid. Stroud is finishing her first term on the court.

This is an open seat. Running to fill it are Bill Southern, a Republican District Court judge from Stokes County, and Lucy Inman, a Democrat from Wake County currently serving as a Special Superior Court judge.

Mark Davis, a Democratic incumbent, is running to keep his seat against Paul Holcombe, a Republican District Court judge from Johnston County.