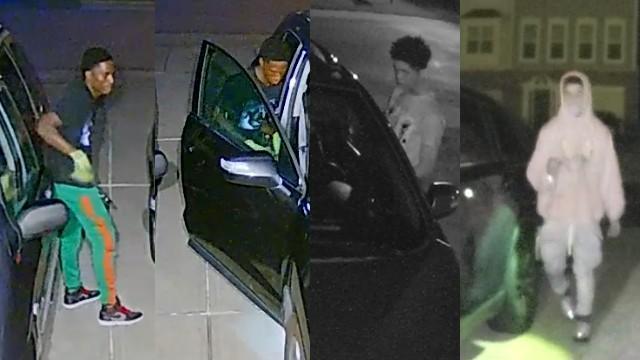 Wake County, N.C. — Morrisville police are asking the public for information in a rash of vehicle break-ins that have happened lately.

Detectives said they responded to a sound of shots call in the 100 block of Ruby Walk Drive on July 14 at around 5 a.m. They found a vehicle that had been shot at and a .45 caliber gun stolen from the vehicle. Officers soon discovered other vehicles were broken into, 19 in all, in the area of Ruby Walk Drive and surrounding streets.

Police released photos of at least two suspects they were looking for. Anyone with information is asked to call Det. Powell at 919-625-1846 or email at KPowell@townofmorriscille.org. A cash reward is being offered for information leading to the arrest of the individuals pictured.