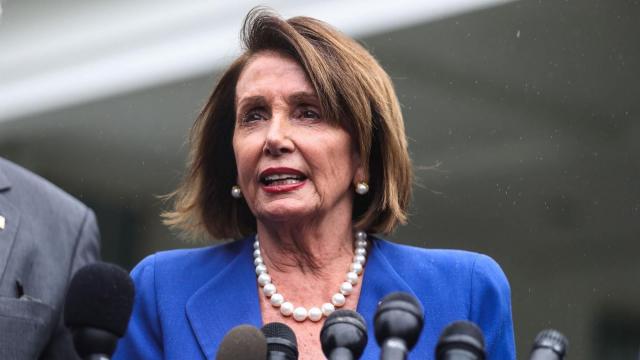 CNN — A top National Security Council official testified Thursday that he was told President Donald Trump wanted a top Ukrainian official to announce an investigation that would help the President politically before US security aid to Ukraine would be released, corroborating a key part of US diplomat Bill Taylor's testimony that's central to the Democrats' impeachment inquiry, according to sources familiar with the testimony.

Tim Morrison, the top Russia and Europe adviser on the National Security Council, also told House impeachment investigators that he was advised by then-White House official Fiona Hill to stay away from the parallel Ukraine policy being pursued by Trump's personal attorney Rudy Giuliani, according to one of the sources.

Morrison said in his closed-door testimony that he was concerned the July 25 call transcript between Trump and Ukrainian President Volodymyr Zelensky would leak and could have negative ramifications, according to multiple sources. But he made clear he saw nothing wrong with the July call, saying he was "not concerned" that "anything illegal" was discussed, according to one source.

Morrison, who will soon be departing the White House, was involved with discussions after the call about how to handle the transcript, the sources said. Ultimately, the call transcript was filed in a highly classified system, a decision that's among the issues Democrats are seeking answers about in their impeachment investigation into Trump and Ukraine.

Morrison, whose appearance on Capitol Hill lasted for more than eight hours, backed up last week's testimony from Taylor, currently the top US diplomat in Ukraine, about interactions the two had regarding the President's efforts to press for investigations while US aid to Ukraine was held up. While he did deviate from Taylor on some details, Morrison testified that Sondland told him the President would release the aid if the Ukrainian prosecutor general announced an investigation, according to sources.

Still, Morrison's view that there was nothing wrong with the July call differs from the testimony offered by Lt. Col. Alexander Vindman, another National Security Council staffer who, like Morrison, listened into the call between Trump and Zelensky.

Morrison did not raise any concerns about the call to the National Security Council lawyers, as Vindman did, according to one source. And Morrison described the rough transcript released by the White House as a "fair representation" of the tone and content of the call, the source said.

CNN previously reported Morrison believed the National Security Council process in regards to Ukraine was legally sound, and that he was expected to corroborate Taylor's testimony on investigations and US aid to Ukraine.

In addition to being told to stay away from Giuliani, Morrison also seemed critical of the role that US Ambassador to the European Union Gordon Sondland played over Ukraine policy, one source said.

Morrison's testimony came as the House voted Thursday to formalize the impeachment procedures as Democrats consider whether to impeach a President for just the third time in history.

But Republicans emerged from the deposition saying Morrison's testimony undercuts the Democrats' argument that the President committed impeachable offenses.

"Some of the other witnesses have been less than candid," Meadows said.

The House Intelligence, Foreign Affairs and Oversight committees appear to be nearing an end to the closed-door depositions phase of their impeachment inquiry, and Thursday's resolution laid out rules for the Intelligence panel prepares to soon hold public hearings. The committees have scheduled a week's worth of depositions with Trump administration officials next week, when Congress is out of session, but it's not clear how many will attend.

The biggest potential witness looming is former national security adviser John Bolton, who is scheduled to appear next Thursday. His attorney said Wednesday that he would not attend voluntarily and needed a subpoena, but House Intelligence Chairman Adam Schiff declined to say Thursday if he planned to issue one.

Taylor, who testified last week, cited Morrison more than a dozen times in his 15-page opening statement, in which he said that he was told that US aid to Ukraine and a one-on-one meeting between Trump and Zelensky were conditions on Ukraine publicly announcing investigations that could help the President politically.

One difference Morrison had from Taylor's account was when Taylor testified that Morrison had relayed to him that Trump told Sondland he wanted Zelensky to "go to a microphone" and announce an investigation into the Bidens and the 2016 election.

But in describing his conversation with Taylor, Morrison said that Sondland indicated it would have been sufficient for Trump if the Ukrainian prosecutor general announced the investigations he sought, according to one source.

Another detail that Morrison said was different was the location of an interaction, sources said.

At times, Morrison's attorney has instructed his client not to answer questions about interactions with the President, multiple sources said.

Rep. Debbie Wasserman Schultz, a Democrat from Florida, told CNN that Morrison's attorney got into a "tussle" with House Intelligence Committee lawyers about what questions he could answer. She said they would likely return to those questions later.

"I just think the witness today had some difficulty in answering certain questions," Wasserman Schultz said.

Prior to the testimony, Barbara Van Gelder, Morrison's lawyer, told CNN that privilege issues are fact specific, and they will be handled in accordance with the House rules if they come up during the deposition.