Morgan Stanley has downgraded just about everything 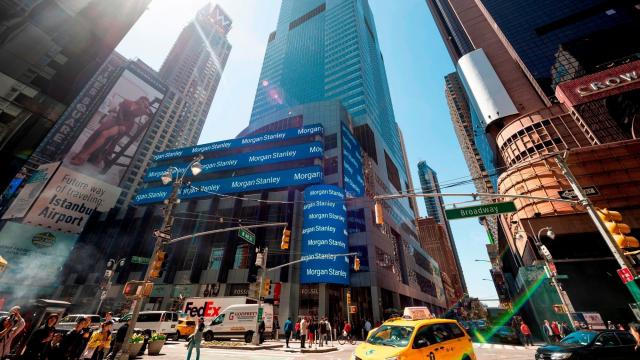 Yet US stocks have spent the early summer months shattering records and European indexes have registered double-digit gains this year. So what gives?

"The most straightforward reason for this shift is simple -- we project poor returns," wrote Morgan Stanley strategist Andrew Sheets in a note Sunday.

In fact, the next 12 months will see the weakest returns in six years in global stocks, according to the bank.

The potential for stock indexes like the S&P 500, MSCI Europe, MSCI Emerging Markets and Topix Japan to surprise on the upside over the next year is limited, Morgan Stanley says.

Global central banks, including the Federal Reserve and European Central Bank, have recently signaled that the next step for monetary policy will be to lower interest rates again. US stocks have already been soaring to record highs on the hopes that the Fed will cut rates this month, which would make it cheaper for companies to borrow money.

But that's only one side of the coin. If the highly-anticipated rate cuts don't lead to improving economic data, the result will look quite different.

"Our concern is that the positives of easier [monetary] policy will be offset by the negatives of weaker growth," Sheets wrote.

Over the past months, global economic data has worsened.

Morgan Stanley's economists downgraded their forecasts for global growth following the G20 summit in June. Even though the United States and China are back at the negotiating table, the trade battle has already done considerable damage to investor and consumer confidence. Reversing that hit won't be so easy.

The stock market has learned over and over that "when easier [monetary] policy collides with weaker growth, the latter usually matters more for returns," said Sheets.

And as for the impending second quarter earnings season, "we think the market is underpricing the risk that companies lower full-year guidance," he added. On top of that, earnings estimates are way too high.

The quiet summer months are making matters worse, because liquidity in the stock market tends to decrease in lockstep with holidays. One problem with lower liquidity is that it magnifies bad news in the market and price moves become exaggerated.