More than just scientists - a biopharma career for everyone 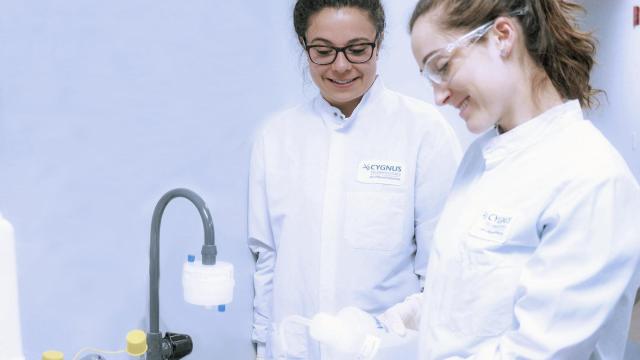 When people hear the term "biopharma," most think of someone in white lab coat holding a flask. While biopharma would not be possible without chemists, biologists and other scientists, there is also a great need for non-science workers too.

"One thing that has become clear to me over the past few years is that the general public has a misconception about the pharmaceutical industry," said Mike Renn, director of the North Carolina Pharmaceutical Services Network, an organization that provides a continuum of pharmaceutical education and training to new and existing companies in North Carolina and beyond. "Many people think that everyone working in pharma must have a Ph.D. That's just not true. The industry is not nearly as mystical as it comes off — people would be surprised with the opportunities available."

Opportunities in manufacturing roles, for instance, abound. Other jobs include skilled work for maintenance technicians and roles in information technology and business administration.

"There's a substantial number of jobs that do not require degrees and instead, require training," said Renn. "If you think about pharmaceutical companies — they're huge and the campuses are like small cities in a lot of ways. You need electricians, mechanics, and technicians to help the equipment run. You need people handling the materials that are shipped to factories everyday and delivery people who are processing products to the marketplace.

"A large number of people who don't have advanced degrees can be very successful and play a very important role in the quality manufacturing, packaging and delivery of pharmaceutical products," continued Renn.

Even jobs like making capsules or tablets, which may be perceived as scientific work, are more of a physical process as Renn explained.

"I think a lot of people believe there must be some chemistry involved when making a capsule or tablet — but there isn't," he said. "It is a physical, mechanical process of following directions and mixing things together to make particles. It's all mechanical."

In 2020, COVID-19 heightened awareness of biopharma among the general public as companies across the world worked to develop a vaccine. Workers who have been displaced because of COVID-19 can find opportunities in biopharma, especially those who have transferable skill sets like maintenance workers and tech-savvy individuals.

"There has been a global disruption of the economy given the effects of COVID-19, but one of the things that has remained consistent is the need for research, the need for pharmaceuticals and our reliance on them," said Tanya McGhee, senior director of STEM Outreach at BioNetwork, a life sciences training initiative of the North Carolina Community College System. "COVID has actually increased the number of jobs that are available in biotech. We're always going to need new treatments — this isn't a career that's going to go away. Biopharma companies have been growing and adding jobs, while many other types of companies have actually been struggling."

To land a job in biopharma, Renn advises taking a few basic science courses or enrolling in a training program, but again emphasized that advanced degrees are not a requirement for success.

Instead, companies are prioritizing the following skills:

"Do you feel that you have integrity in your work? Do you feel like your work is important and that you are going to use a moral compass to guide the things that you're doing even when nobody's looking? Are you able to clearly document the things you're doing? Can you think critically? Do you ask questions and seek answers? If you have detailed instructions, can you follow them directly? Those are the types of things you need to ask yourself," said McGhee.

"There are over 700 biotech companies in our state and the average salary for these jobs is over $91,000 per year. So these are high-paying jobs," continued McGhee. "I think the biggest thing is people have to believe in themselves. When you're a displaced worker and when you've been laid off, or even if you're just trying something new — there's a lot of fear associated with that. But believing in yourself and highlighting your skill set is key to working in biopharma."

For those who do pursue a biopharma career, Renn said there is a lot of opportunity to grow.

"If you want to work hard and do a good job, you can go a lot of different directions within a company instead of having to change jobs or change employers any time you want to advance," he said. "It's not just a job. It can be a career if you stick with it and take advantage of the kind of training that these companies offer."

And if you aren't turned off to the idea of a more science-based role in biopharma, then there are certainly careers to be had. However, it's important to note you always need a PhD to work in these roles.

"I think a lot of people have stereotypical expectations of what a scientist is. Over the years that perception has changed a bit, but a scientist in its most raw form is a person who asks a lot of questions and seeks answers," said McGhee. "Everybody has the ability to be a scientist. An artist may see a tree and say that it is beautiful. A scientist sees a tree and wonders what kind of tree it is and how deep its roots are. Biopharma skills don't necessarily require a deep scientific background. You don't have to have a PhD, you have to have some of the skills that I talked about before."

Added Renn, "Go look and see what's available — I think people will be surprised at how much opportunity there is in biopharma. If you have the attributes and qualities a company is looking for, go after it."