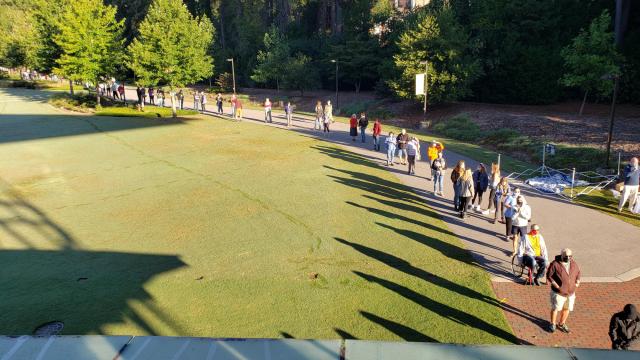 Raleigh, N.C. — Since early voting began on Thursday, more than 828,000 in-person ballots have been cast at early voting sites, according to the North Carolina State Board of Elections.

In North Carolina, more than 1.7 million votes have already been cast. A little more than 57% of the total votes cast have been at an early voting site, data from the NCSBE shows.

So far Chatham, Durham and Orange county have had some of the highest voter turn out in the state. Nearly 30% of all eligible voters have already cast a ballot in those three counties, data shows.

During the 2016 election, only 193,667 absentee ballots had been requested during the same time.