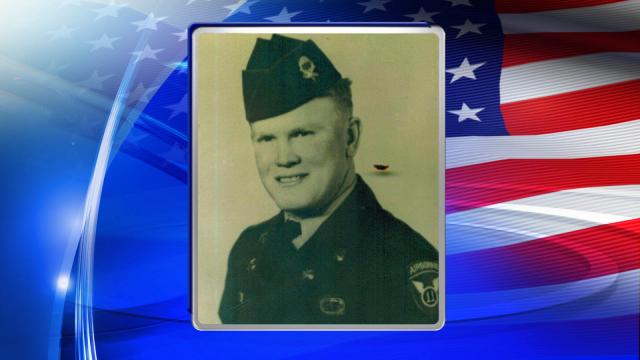 Henderson, N.C. — Sixty-four years after he died in the Korean War, the remains of an Army veteran from Henderson, N.C., will be returned to his family this week.

The body of Cpl. Charles E. Ivey, 21, will be buried Nov. 29 in his hometown. Ivey died on Nov. 29, 1950, when his unit was attacked by enemy forces near Hajoyang, North Korea, Department of Defense officials said Friday.

Ivey, who was assigned to Company K, 3rd Battalion, 187th Airborne Infantry Regiment, was declared missing in action following the battle, and he was declared deceased in March 1953 after prisoners of war returned home and reported his death.

Ivey's body was identified with the help of circumstantial evidence, dental comparison and DNA analysis, which matched two sisters, officials said, although that process took more than 20 years.

Ivey's remains were among hundreds of others that were returned by North Korea between 1990 and 1994. The commingled remains arrived in the U.S. in 208 boxes, and officials said the remains of as many as 600 U.S. servicemen could be in those boxes.

About 7,800 Americans currently remain unaccounted for from the Korean War.