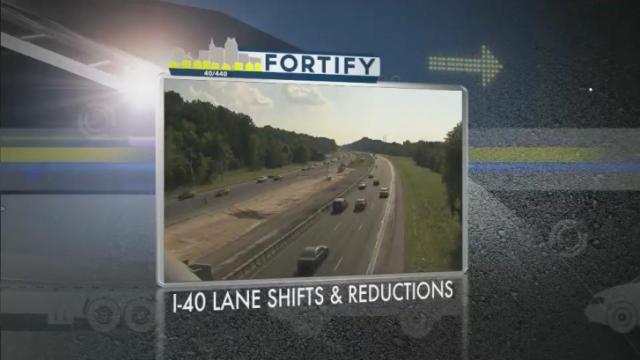 Weather permitting, crews will shift traffic on I-40 East from Hammond Road to Rock Quarry Road. The resulting three-lane pattern will remain through that stretch until the completion of the project. Shifts planned for Friday night are similar to those already in place on I-40 East between Jones Franklin Road and Hammond Road.

State Department of Transportation officials said the new travel lanes will be marked with white lane stripes. Old lane markings will be blacked out or ground out of the highway, creating a bumpier trip through the construction zone.

Officials said drivers should use extra caution as they adjust to the new pattern.

Similar lane shifts on I-40 West are expected later in September. The complete rebuild of I-40 in south Raleigh is expected to be finished in late 2016.