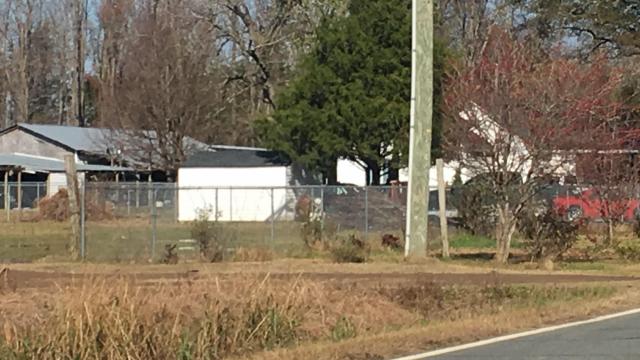 Marietta, N.C. — Three more dogs have been seized from a home where a grandmother was killed and two children were injured during a Rottweiler attack last month.

The Robeson County Sheriff’s Office said that Animal Control officers on Tuesday took three unidentified dogs from a home in the 2200 block of Olivet Church Road.

Authorities said the dogs that were seized had cautions on their records and were not up to date on their rabies shots.

Tuesday’s seizures were part of the ongoing investigation into the Dec. 10 attack in which Esta Currier, 73, was killed after authorities said she was attacked by four Rottweilers.

Two children, ages 7 and 9, were injured in the attack and flown to McLeod Hospital in Florence, S.C., for medical treatment that involved surgery, deputies said.

According to the sheriff's office, Currier was picking up her grandchildren from the school bus stop when she was attacked by the dogs.

The four Rottweilers involved in the December attack were killed by authorities at the scene. Brenda Walters, 56, of the 2200 block of Olivet Church Road, was injured by a bullet fragment when officers opened fire to try to stop the dogs, who "approached in an aggressive manner" authorities said.

Walters, who owned the dogs along with her husband, was treated and released from Southeastern Medical Center.

No charges have been filed in connection with the case. Anybody with information about the ongoing investigation is asked to call Robeson County authorities at 910-671-3140.