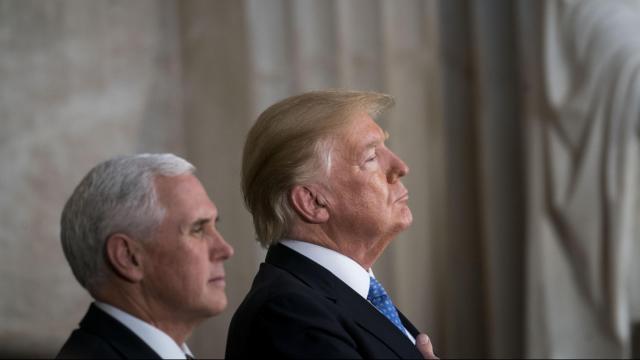 Two reports this week offered more details about what they described as a sexual relationship between Donald Trump and Stephanie Clifford, the pornographic-film actress who was reportedly paid $130,000 in hush money shortly before the 2016 election.

In Touch magazine published excerpts on Wednesday from its 2011 interview with Clifford, 38, known as Stormy Daniels. In them, she said she had had an affair with Trump that started in 2006 and continued on and off for a few years.

A Slate article published on Tuesday by Jacob Weisberg, editor-in-chief of the Slate Group, expanded on what he told The New York Times on Friday. Slate detailed his communications with Clifford from August to October 2016. Her account is similar to that published by In Touch.

Clifford told Weisberg that her lawyer Keith Davidson, who has represented a number of pornographic-film stars and models, had negotiated the $130,000 deal with Michael D. Cohen, Trump’s lawyer. Weisberg said that she was sharing these details because Trump had not yet paid her or finalized the confidentiality agreement. The Wall Street Journal published an article Friday reporting that the payment had been made.

Davidson did not immediately respond to a request for comment Wednesday.

Cohen again denied that there had been any sexual relationship between Trump and Clifford.

In an emailed statement Wednesday, he said: “This is not breaking news. It’s old news that wasn’t true then and not true now.”

He said the same report had been published in 2011 by a sister publication of In Touch. “All they did is recirculate an old and debunked story that Ms. Clifford denied in 2011, 2016 and again in 2018,” he said.

In an email sent Friday to The New York Times, Cohen said that both Trump and Clifford “vehemently” denied they had had an affair.

On Friday, Cohen also released a statement dated Jan. 10 and signed by Clifford in which she said that her involvement with Trump was limited to a few public appearances, that she was not paid hush money, and that allegations of a “sexual and/or romantic affair with Mr. Trump” were “completely false.”

In Touch said that Clifford painted Trump as forward but friendly, even boyish, when they met in 2006, and said that she was a willing participant. (Several women came forward during the 2016 campaign to accuse Trump of sexual misconduct, but that was not Clifford’s experience, according to In Touch.)

“We had really good banter,” Clifford said of Trump. “He told me once that I was someone to be reckoned with, beautiful, smart, just like his daughter.”

Clifford told the magazine that the relationship began at a golf tournament in Lake Tahoe, Nevada — just months after Melania, Trump’s wife, gave birth to their son, Barron.

Clifford said she and Trump had sex after dinner and hours of conversation in Trump’s hotel suite, during which he dodged questions about his wife.

The sex was “textbook generic,” she said.

Afterward, she said, he told her he would get her cast on “The Apprentice,” the reality show he hosted at the time. It was a promise she claims he repeated several times during their relationship. Clifford told In Touch that the last calls she got from Trump were sometime in late 2009 or early 2010.

In Touch said it had corroborated her story in 2011 with her friend Greg Deuschle, who performs in pornographic films as Randy Spears, and her ex-husband, Mike Mosny. Clifford also passed a polygraph test at the time of the interview, In Touch said.

Neither Deuschle nor Mosny could be reached for comment Wednesday.

Slate’s account of interviews with Clifford is similar to In Touch’s. She told Weisberg that she and Trump began an affair at a 2006 celebrity golf tournament and that Trump said he could cast her on “The Apprentice.” One difference: Slate says that their relationship lasted about a year.

Any communication between Clifford and Cohen in October 2016 would have happened at a tumultuous time for Trump. He was working to discredit women who had leveled sexual misconduct accusations against him. And his fidelity was called into question when Karen McDougal, a former Playboy model, claimed she had sex with him in 2006.

His campaign was further threatened when an “Access Hollywood” segment was released in October. In it, he spoke about women in extraordinarily vulgar terms.