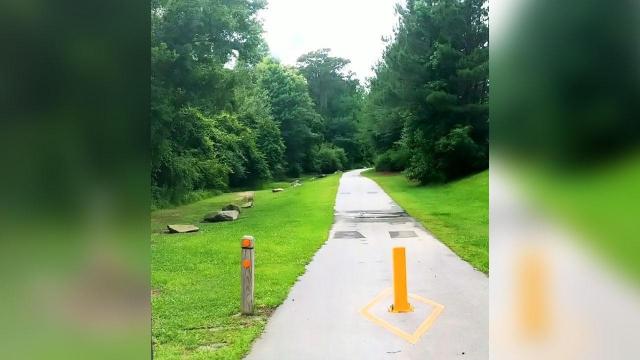 Clayton, N.C. — The Clayton Police Department is alerting citizens after some Johnston County residents spotted bears in the area.

The latest sighting was reported June 20, when a young black bear was spotted in a wooded area near a greenway at Lombard Street and Amelia Church Road.

"Bears are not aggressive by nature," the post reads. "Because it’s mating season, young males are getting kicked out by their mothers and are moving out on their own to establish new areas and find a female. They often don’t know where they’re going and sometimes end up in urban areas."

If you see a bear in an urban area, it is just passing through, wildlife officials say. Steer clear of the bear and do not harm it.

So far, no one has captured videos or photos of the bears.

If you do see a bear, do not approach it, wildlife officials say. It is also important to secure your trash to reduce food odors or scraps outdoors.

A bear was spotted earlier this month in a Durham backyard. In Washington, N.C., officials are looking for answers after someone shot and killed a sleeping bear.