Although North Carolina is among the top 10 states in the number of human trafficking reports, according to the National Human Trafficking Hotline, until very recently, human trafficking laws often did more harm than good for survivors.

Among the many problems that victims of sex trafficking faced was the issue of prosecution.

Until 2013, victims who had been sold for sex were subject to the same level offense as their pimps. Pimping another human being was only a misdemeanor, and law enforcement had little incentive to pursue the pimps.

In fact, prostitution was the same, low-level offense, leading law enforcement to arrest prostitutes without pursuing those who were benefiting commercially from selling them. This included juvenile survivors of trafficking, teenagers who were arrested for prostitution and not considered victims of a crime.

"Under the law as it existed in 2013, those who were convicted of human trafficking in North Carolina were eligible for probationary sentences," explained Lindsey Roberson, a former assistant district attorney and expert on human trafficking.

Because human trafficking was such a low-level felony, it also discouraged cooperation from survivors, who could not be promised safety since their traffickers were not guaranteed to end up behind bars. 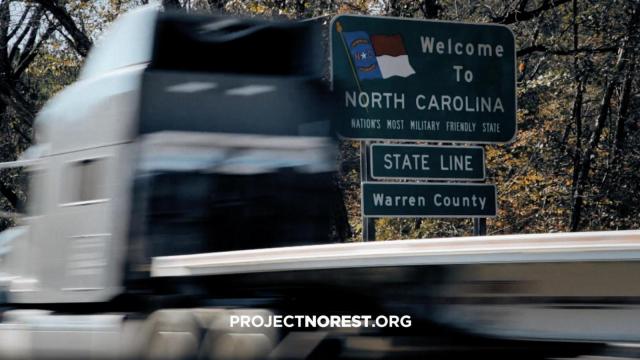 In 2013, that all changed when N.C. became the 13th state to pass a "Safe Harbor" law that changed the state's approach to the prosecution of sex trafficking and improved the previously existing deficiencies in the state laws.

"The 'Safe Harbor' legislation totally rewrites the prostitution laws in North Carolina," then-Sen. Thom Goolsby, who sponsored the legislation, said in a statement.

The new "Safe Harbor" law recognizes all juveniles as victims rather than offenders so they would not be prosecuted for prostitution in situations of sex trafficking. It also raised the level of offense for pimping to a felony, increased the felony level of trafficking and forced convicted traffickers to register as sex offenders on the state sex offender registry.

Goolsby, who resigned from the state legislature in August 2014, said the law "significantly" increases punishments for sex traffickers and purchasers, "while focusing on treating minors involved in prostitution as the victims they are instead of criminals."

As the levels of these offenses increased, it also increased law enforcement incentive to go after traffickers.

"Since passing 'Safe Harbor,' those offenses now carry active sentences, as illustrated by the first conviction under 'Safe Harbor' in September 2014, involving a 15 year-old victim whose trafficker was sentenced to a minimum of 11 years in state prison,” Roberson pointed out.

The law further put in place protections for survivors of trafficking, in particular minors and those who were wrongfully convicted of prostitution, by allowing them to have the convictions expunged from their records.

Although new law enforcement is currently required to receive training on trafficking crime and victim identification, Swecker pointed out there are still gaps.

He added, "It's a terrible paradigm; one that you can address through as much training as we can get out there to law enforcement."

Swecker said that boosting the number of officers who are trained to identify these crimes would also boost the number of traffickers identified and prosecuted.

Project NO REST, an initiative led by the University of North Carolina in collaboration with key stakeholders in the state, is helping communities across N.C. to raise awareness of human trafficking victims and perpetrators, and begin to understand the signs of human trafficking.

In the past 10 years, the NHTH has identified almost 2,700 victims of human trafficking in N.C. Realistically, however, those numbers fall far short of the number of actual trafficking cases happening in the state.