Raleigh, N.C. — Raleigh police are investigating after a man was dragged 100 feet during a hit-and-run crash Thursday night.

Authorities said officers arrived at the 5600 block of Hillsborough Street at about 6:20 p.m. and found Adam Timothy Dolan, 35, who had been driving a moped when he was hit by a sedan.

Dolan was dragged about 100 feet by the sedan before he broke free. The sedan continued to drag the moped for about one mile, to Jones Franklin Road, police said. 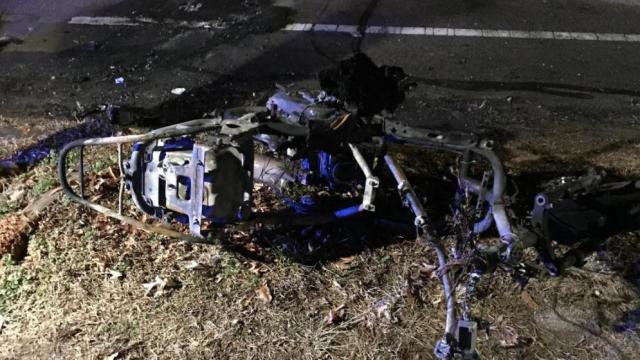 Dolan was taken to WakeMed with non-life-threatening injuries.

Friends said Dolan, known to friends as Debo, is a long-time member of the popular Helping Hand Mission Band.

"I've been knowing him for quite a few years. He plays bass drum with us in the band," friend Glanton Morton said. "It's hard because I know him too good."

The sedan is described as being white and police said the vehicle could potentially be a Honda Civic.