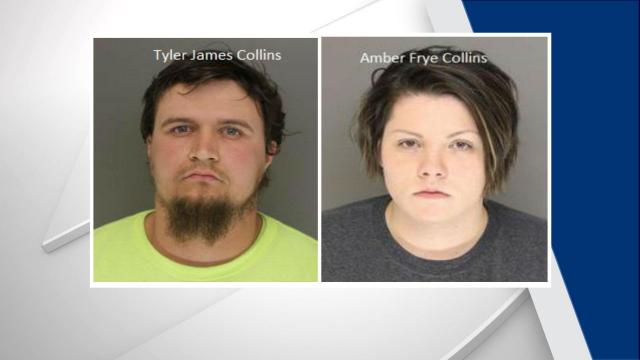 Robbins, N.C. — A Moore County family is facing child abuse charges after they were arrested on March 16.

Amber Frye Collins, 23, and Tyler James Collins, 25, both of Robbins, are facing multiple charges relating to child abuse. Both were being held in the Moore County Detention Center, each under a $500,000 secured bond. Their court dates are April 22.

Moore County Sheriff Ronnie Fields said deputies were called to Moore Regional Hospital on March 10 in reference to a three-month-old being treated for suspicious injuries. Investigators found the injuries to the child were not an accident.

Officials said the child is expected to make a full recovery. There was no word on the status of the child and where it would end up after its recovery.