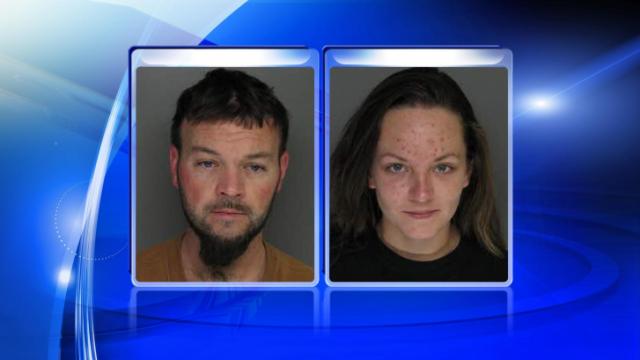 Carthage, N.C. — Two Moore County residents have been charged in connection with numerous thefts in the area, including stealing a safe from a church in Carthage.

Moore County sheriff’s deputies said Friday that Curtis Ray Hardy, 32, of the 1200 block of Samuel Medlin Lane in Cameron, and Julianna Rae Campbell, 25, of the 600 block of McIntosh Road in Carthage, were identified as suspects following investigations into separate crimes that began in January.

Deputies also found the safe, which had been stolen from the Lighthouse Assembly of God, in a wooded area of Roseland Road near Pinebluff. Evidence at the scene led to the arrest of both suspects, investigators said.

Campbell was held in the Moore County Detention Center under a $20,500 secured bond. Her first court appearance is set for April 8.

He was held in the Moore County Detention Center under a $46,000 secured bond. His first court appearance is set for April 8.

Hardy and Campbell were previously arrested for copper wire thefts in the Cameron and Vass areas, deputies said.