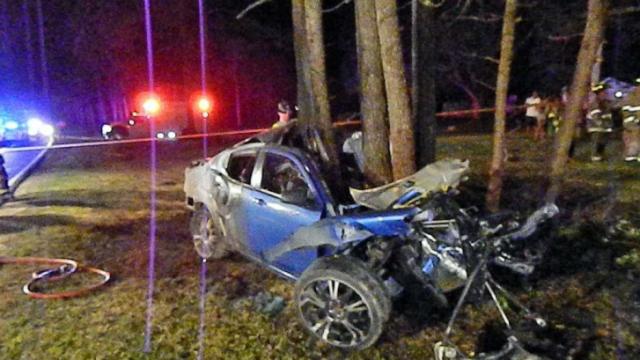 Robbins, N.C. — A 24-year-old man died in a wreck late Saturday after leading Moore County authorities on a high-speed chase, according to the North Carolina State Highway Patrol.

Troopers say Roberto Velazquez, of Robbins, was driving a Dodge Avenger about 120 mph on Lakey Siding Road at about 11:45 p.m. Saturday when he ran off the road and into a group of trees.

The chase began near downtown Robbins when a Robbins police officer tried to pull Velazquez over for speeding, troopers said.

Velazquez did not stop and drove outside the city on Plank Road before turning onto Lakey Siding Road.

After the wreck, the Dodge caught fire, troopers said.