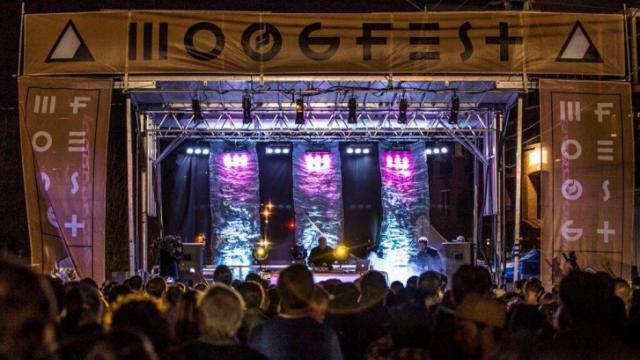 Durham, N.C. — Moogfest on Tuesday announced its lineup for its debut in the Bull City next year.

More than 100 musical acts will play the festival, which is devoted to music, art and technology, on May 19-22 at 17 walkable venues throughout the downtown Durham. Venues include intimate galleries to theatres and will include a free outdoor stage, with music, workshops and participatory, all-ages programming.

Musical experimentalist Laurie Anderson will have a two-day residency as she weaves stories and song in her solo performance, “The Language of the Future” and then returns to the stage the next day to hosts a daytime conversation.

GZA of the Wu-Tang Clan is among the festival's hip-hop and rap lineup, which also includes emerging talent and Dr. Dre protege King Mez.

Earlier this year, Moogfest announced plans to move from Asheville to Durham next year.

Notable headliners throughout the years have included The Flaming Lips, Primus, Massive Attack, Moby and TV on the Radio.

Over the years, the festival evolved to includes a conference for creative and technology professionals. Last year, Moogfest worked with Google Creative Lab, MIT Media Lab, EYEO and the New Museum on innovative concepts for its daytime programs.