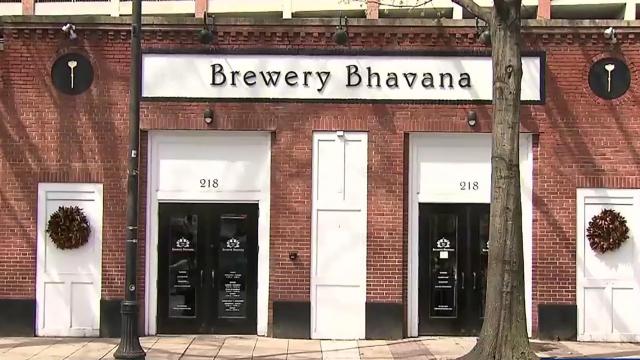 By Kathy Hanrahan, WRAL Out & About editor

The controversy persists, as a few dozen former employees and their supporters protested outside Brewery Bhavana during the reopening. On Friday, business co-owners Patrick Woodson and Vanvisa Nolintha released a statement to WRAL.

"We are happy to be open for the first time in six months and we appreciate the support our community has shown. Also, we have heard employee concerns and we take them seriously. For now, we will be open for pick-up from 4:00-9:00 p.m. this Friday and Saturday, and from Wednesday through Saturday beginning next week. While we look forward to the day it is safe to welcome everyone back through our doors, we’re grateful to begin serving again in this small way."

In an email to employees, reviewed by WRAL, Nolintha and Woodson wrote that both restaurants would be reopening and serving a limited menu.

Both restaurants have been closed since March due to the coronavirus pandemic. The restaurants were granted Paycheck Protection Program (PPP) loans in April. The loans were designed by the Small Business Administration as an incentive for small businesses to keep their workers on the payroll.​​

In June, former employees came forward to WRAL, describing an environment that involved the objectification of male and female employees, allegations of sexual assault and a culture of silence.

Sara Dye, who managed the bookstore at Bhavana from February 2018 to December 2018, was one of the first former employees to speak publicly with an Instagram post describing a sexual assault by a fellow employee in July 2018.

Dye said she came forward with her story following reports that a black employee at Bida Manda had been called a slave in front of other coworkers by one of the members of the management team in February.

In a now-deleted post on Bida Manda’s Instagram page, Van and Vanvisa Nolintha wrote that they “did not act decisively” regarding the incident. The manager accused of making the slave remark has since resigned, according to an internal email sent to staff members and obtained by WRAL.

Current owners Vanvisa Nolintha and Patrick Woodson launched a third-party investigation into the workplace accusations and said that they are searching for a new CEO.

They also said they planned to create a professional Human Resources function so there would be "in-house expertise to address employee issues." In addition, the owners wrote that they are planning to provide "diversity/anti-harassment/implicit bias training for staff and managers as a permanent and required part of our ongoing education."

Following the allegations, Van Nolintha, who is Vanvisa's brother, stepped away from both restaurants, saying that he planned to no longer serve as a managing partner in the restaurants and divest his ownership.

Hester was let go from the company after the allegations. WRAL has spoken with 10 women, some of whom were employed at Bida Manda at the time, who allege Hester sexually assaulted or harassed them.

Hester is currently facing felony charges unrelated to his time at both restaurants. Hester is charged with four counts of felony secret peeping and installing/using a photo device in a room. Three women have told WRAL that Hester secretly recorded them during separate sexual encounters.

Since opening in March 2017, Bhavana has received numerous awards including being named one of the 10 Coolest Places to Eat in the World in 2018 by Forbes and one of Bon Appetit's 10 Best New Restaurants in America.​ The restaurant was also named a semi-finalist for a James Beard Award in 2018.